My bottles are Conditioning underwater. Why are there bubbles on the caps on day 2 but not day 0 through 1?

On Sunday (day 0) I bottled beer for the first time (with my first batch). I asked my brother how I could determine whether or not I successfully locked the caps onto the bottles to make them air-tight, and he said that I could stick them underwater and look for bubbles to float out.

I live in California, and recently it has averaged 80*F daily. I have used a swamp cooler for my fermentors, so I decided to do the same thing for my conditioning bottles. I got a tub, placed all the bottles in, and then filled the tank with water, completely submerging the bottles. I carefully watched them during this process and noted that none of the bottles released any bubbles. According to my brother's theory, this means I correctly attached the caps to the bottles and made them air-tight.

On day 0 and day 1, nothing happened. Then, on day 2 (Tuesday), all my bottles had varying amounts of bubbles on the caps, underwater. They are just stuck there, chilling. What is the meaning of this? Some caps are completely filled with bubbles, while others only have 10-25% of their surface covered.

I just took one bottle out of the water and observed that it still has the empty room on top--indicating that it has not filled with water. I also just wiped off the bubbles from half of the bottles and will observe later whether or not bubbles reform on the caps. EDIT: Bubbles never reformed even after 14 days 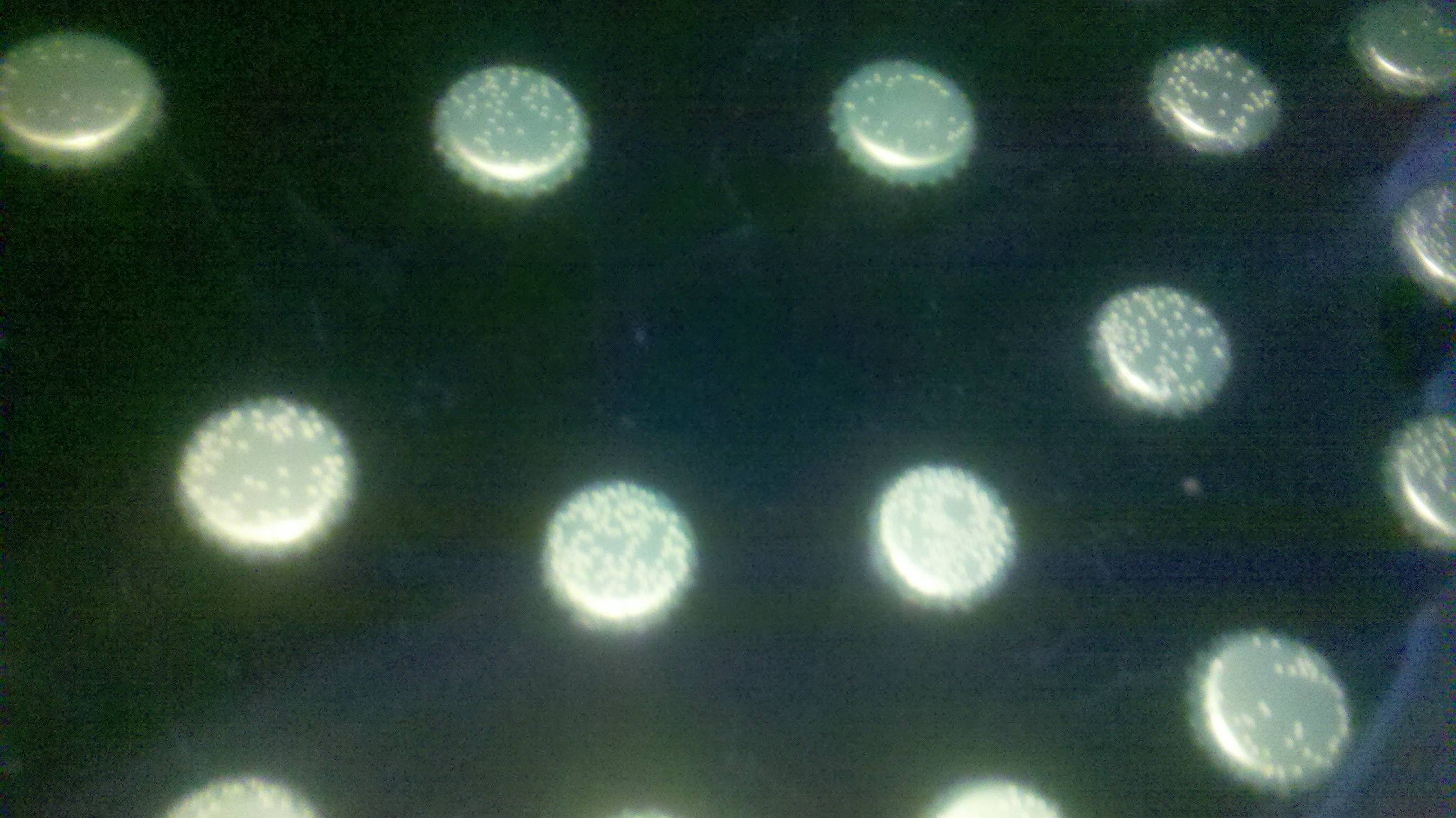 (P.S., if one of my bottles were to explode underwater, would the water somehow minimize the likelyhood that one bottle would shatter the other bottles, or that glass would fly up out of my tub?)

The caps are not perfectly smooth - they contain nucleation points, imperfections or dirt along the surface, where a bubble could form (similar to how boils are formed at nucleation points when heating water). As the cold water heats up, dissolved gasses are forced out of solution. Some of this gas dissipates, but some of it will attach to the nucleation points on the bottle caps.

This has nothing to do with the beer inside. You would probably have noticed any leaks in the previous two days, and any leaking gas wouldn't form on the top of the bottle caps - it would come out near the seal.

To answer your second question,

There would be some minor minimization of risk, due to the water's drag on an exploding bottle, but the bottles are very close and there's not that much water. I doubt you'd notice any practical difference between an exploding bottle in this small water vessel than in open air. The wet, broken bottle(s) would probably be more dangerous to you during clean-up, though.

Not the answer you're looking for? Browse other questions tagged bottling bottle-conditioning water bubble swamp-cooler or ask your own question.

5
Priming and bottling for a first timer
4
recapping my bottles? Will it ruin the outcome of my beer?
8
Would placing the fermenter tank in a tub of water be a good way to handle hot environments?
0
There is a white film on the top of my bottled beer, what is it?
2
Is my hard cider ready for bottling?
4
Why are some of my batches too sweet in the bottle, and can I rescue them?
0
Does distilled water and/or alcohol cause airlocks not to bubble?
3
Why is my keg bottled beer going flat
2
No airlock movement but I can see bubbling in the mead