There is a white film on the top of my bottled beer, what is it?

We brewed beer (Double IPA) for the first time, and we bottled the beer 1 week ago. Now when I look at all my bottles, they all have that white film on the top and I was wondering what it could be? Is it something temporary, or an ingfection? Here's a photo, hard to take a good photo, I hope you'll see what I mean.

EDIT: As asked by Scott, here's a quick run down of sanitation on bottling day: 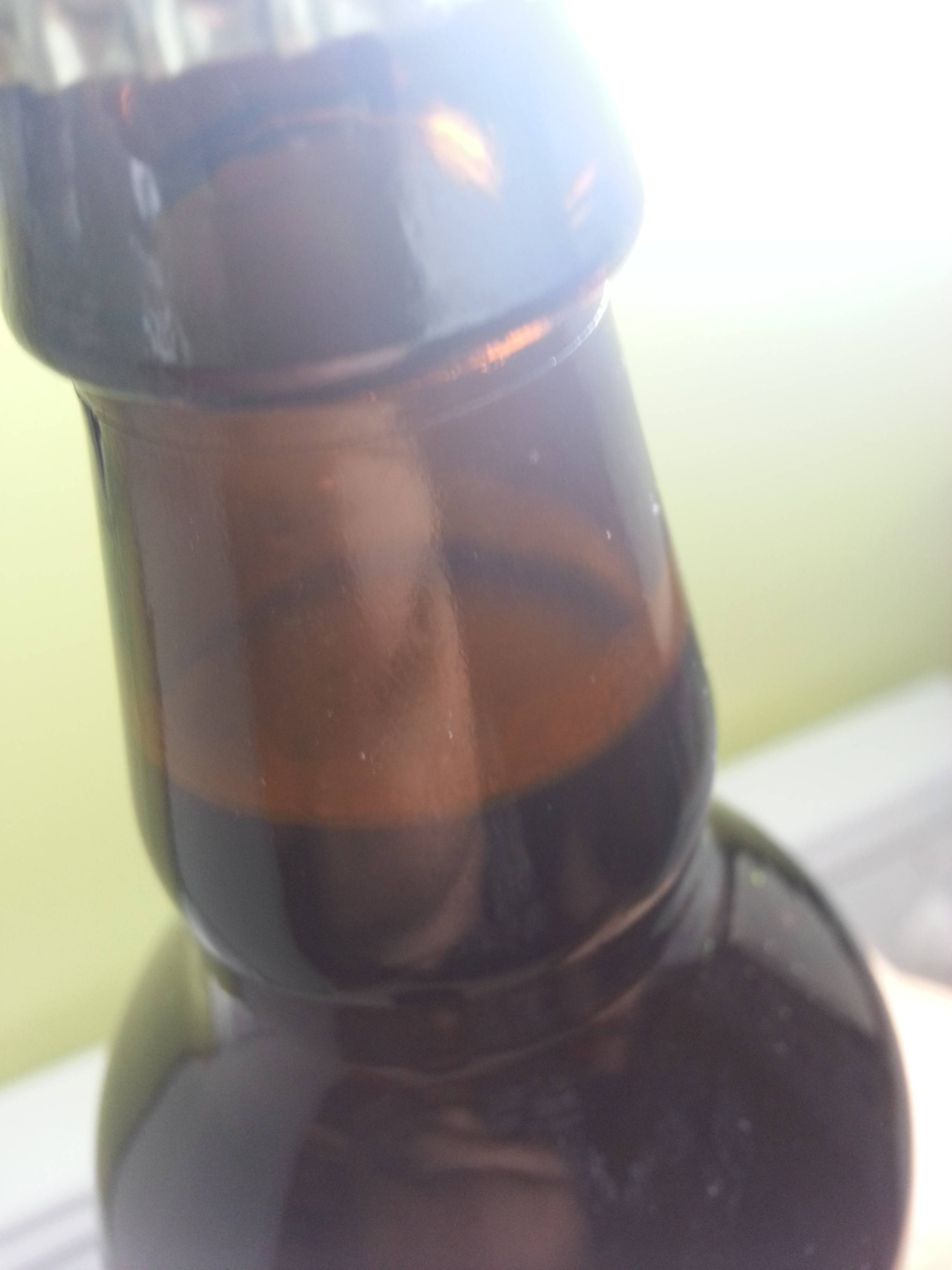 While it is difficult to see in the photo, if you're certain that you see a film on the top of the beer, it is with little doubt an infection. There isn't much you can do at this point other than to chill the beer and drink it quickly.

Because it's infected, it's also likely that they'll be over-carbonated. Bacteria like to ferment more than regular yeast can, so they'll consume more sugars than you want, causing over-carbonation (gushers and geysers). By chilling it, you'll slow down this process, (hopefully) buying you a few extra days/weeks before the bottles become gushers or undrinkable.

Because it's over-carbonated, you want to be careful opening them. Try cracking the first bottle in the bathtub or the back porch. Some place where it won't be a complete mess to clean up should you have a geyser. If you do notice that more than one of them are no-joke geysers, I'd recommend storing your bottles in a container to prevent bottle bombs from blowing glass shrapnel into your walls, carpet, dresser, children's eyes, Fido, etc... Tupperware container, large cooler, anything that can contain an exploding bottle. If it's a geyser, it's not far off from exploding, and bottle bombs kill.

As an aside, now would be a great time to look over your sanitation practices. If this happened at bottling, it means something that your beer came in contact with has bacteria in it, be it your siphon, bottling bucket, spiggot on the bucket, hoses, racking cane, bottles, caps, etc... I'd recommend giving your plastics a thorough bleaching (and rinsing), as well as a light scrub with a sponge or something else that's not abrasive and will scratch plastic (giving the bugs a nice little cubby to safely settle into).

10
Using Grolsch "Premium Lager" bottles for bottling
6
What is the white film on my beer in my bottles?
2
What is the oily film on the top of my kit beer
2
My bottles are Conditioning underwater. Why are there bubbles on the caps on day 2 but not day 0 through 1?
5
White Stuff -- is it bad?
0
Is this a sign of improper carbonation or improper bottling?
3
White film at top of bottle
8
Life expectancy of swing-top bottles
1
Will baked bottles stay sanitized if kept inverted?
1
Chlorine taste in 3 batches 🤬