Fruit Flies in Airlock. How can I Test if Mead is Okay?

In short
After approximately 5.5 month my airlock full of vodka has lost 60% of its volume and now has trapped a couple dozen of fruit flies. Should I be concerned for my batch of Mead?

What methods can I use to test the mead (taste and smell)? Is this common and preventable?

In depth
Last November 25th I started my first 5-gallon batch of Joes Ancient Orange Mead following the recipe here: http://www.homebrewtalk.com/f80/joes-ancient-orange-mead-49106/ (multiplying most ingredients by five save for the yeast and the cloves).

I believe everything went well. The airlock was furiously bubbling for a time and continued to bubble for many days after. However, after the initial few days I added more water to the carboy (as described in the directions) and believe I may have damaged the airlock. I cannot say how as the airlock appeared to still work though I did hear a loud pop when I returned it to the bung/stopper.

As directed I did not touch the carboy for months. My aim has been to wait six months (which will be in 14 days) before attempting to bottle (regardless the fruit still has not dropped, but that is another matter). In the last week I noticed a discoloration of the air lock. I have caught some fruit flies! 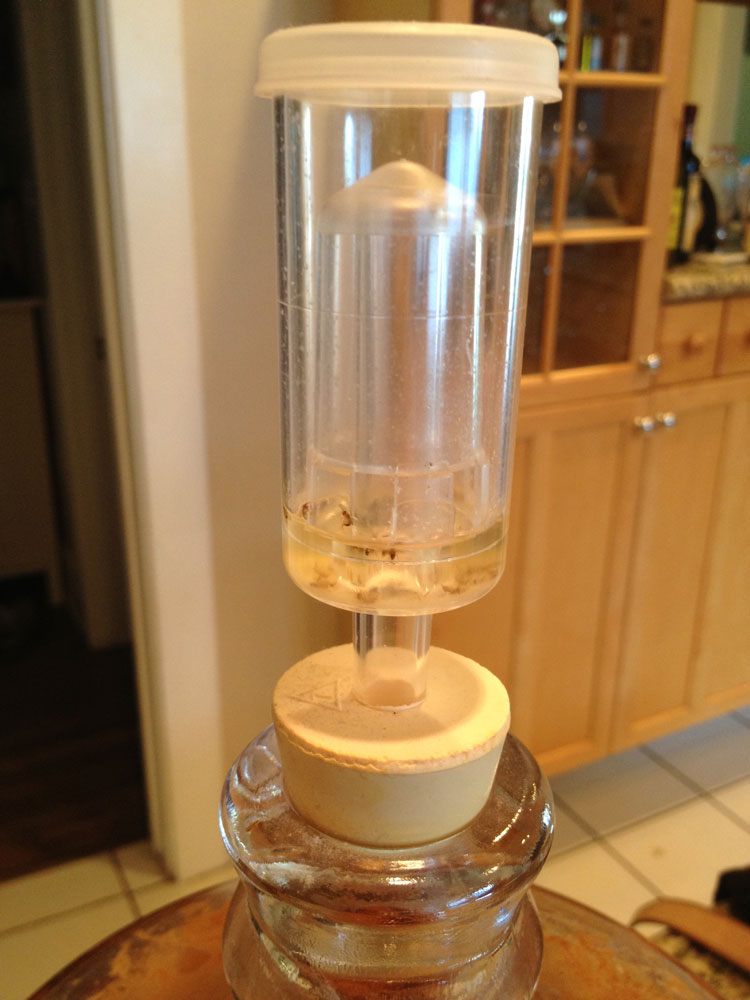 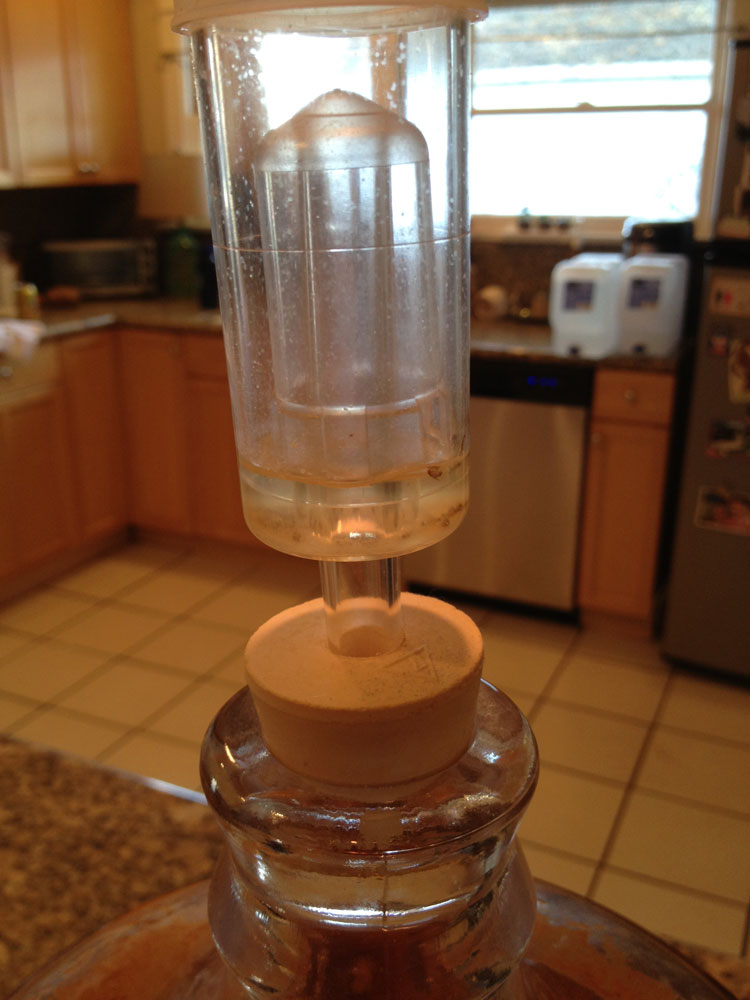 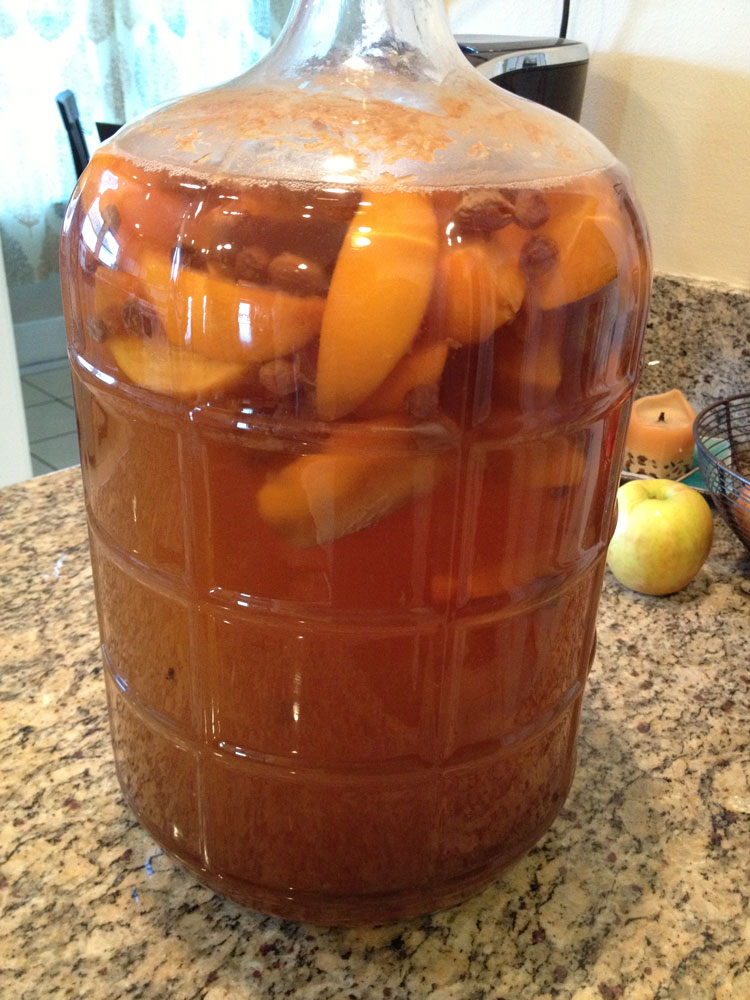 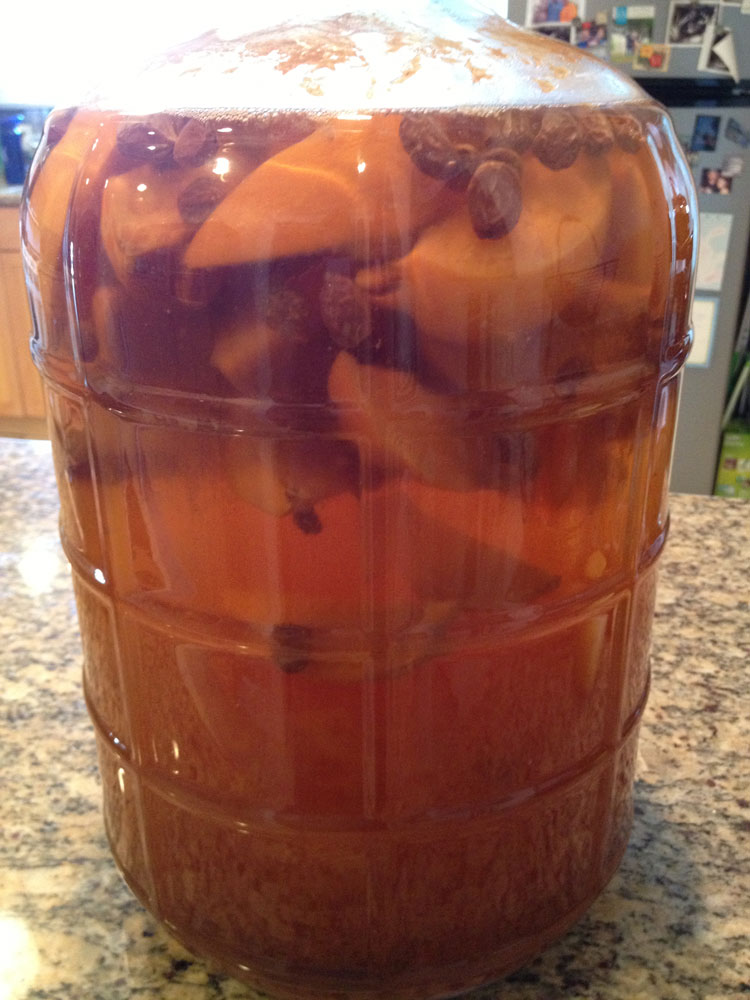 mead airlock first-time
Share
Improve this question
asked May 12 '13 at 0:38

Probably there's no infection. Even though the airlock was mostly dry, there shouldn't have been a way for rhe flies to get into the carboy.

The liquid in the airlock evaporates over time, and vodka will evaporate faster that water. You should check the airlock every few weeks and top up (without removing from the carboy) when required.

Fruit flies carry acetobacter which will turn alcohol into vinegar. If your mead tastes like wine vinegar, you can blame the fruit flies.

Not the answer you're looking for? Browse other questions tagged mead airlock first-time or ask your own question.

1
How to Sterilize Bung and Hole while Maintaining a Strong Seal?