The reason I ask is because these units are very similar to the Tap-A-Draft, which is designed for local brewery take-home as well as for home brewers. 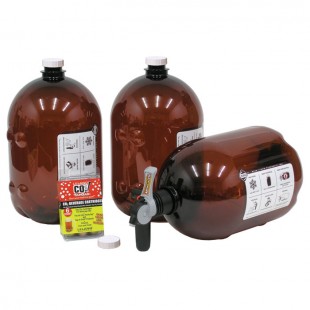 If you can find a way to get rid of the Miller or Coors beer, it's a much better deal to just buy the full one at the grocery store for $18, since a tap and empty bottle at the home brew store is $43 plus shipping. But alas, they have disappeared from stores in Charlotte, NC.

Does anyone live near a store that still carries these?

They are currently only in test markets. You can find out more info on their Facebook page. http://www.facebook.com/pages/Coors-Light-Home-Draft/120696661275064

I actually found a Facebook app to locate them. http://apps.facebook.com/homedraftlocator/

The product is no longer available:

Not the answer you're looking for? Browse other questions tagged equipment bottling kegging alternatives or ask your own question.

16
Are there tools that can make the bottling process easier?
11
Re-use the mini kegs that are used in 'Krups Beer Tender' for home brewing?
7
Kegging home brew
1
Are firestone soda kegs still available at scrapyards
2
Storing home brew
2
CO2 tank slowly losing gas, not sure where the problem lies
1
Can you load less than 1.3 gallons into the Tap-A-Draft system?
8
What are the gelatinisation temps for vegetable starches?
4
home malting equipment