What are the best practices for using a wine degasser to aerate wort for beer?

I have a wine degasser, which is a bit like an egg-beater for a power drill. It aerates wort extremely well but I don't have a good rule of thumb for how to tell when enough is enough.

The whole purpose is to get air into the wort, so: 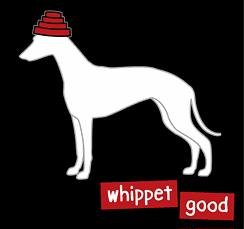 This is especially true for a carboy, where there's a smaller opening (so not a lot of wild yeast and bacteria can get in). But even in an open fermentation bucket, as long as you're not splashing it out of there, give it as much as you can, then pitch plenty of yeast, and any wild bugs won't stand a chance.

As for how long, you get the most aeration done the first few seconds, and then the rate at which O2 is picked-up from the air falls-off pretty quickly. I usually go for 45 seconds to a minute, which is what I've seen two or three other brewers do.

The only bad sign of low oxygen is a stalled fermentation. I don't know of anything directly observable that would tell you that you need more aeration. It's impossible to over-aerate when using air (not the case with pure O2).

Not the answer you're looking for? Browse other questions tagged beer aeration or ask your own question.