What kind of contamination is this and is the beer ruined? 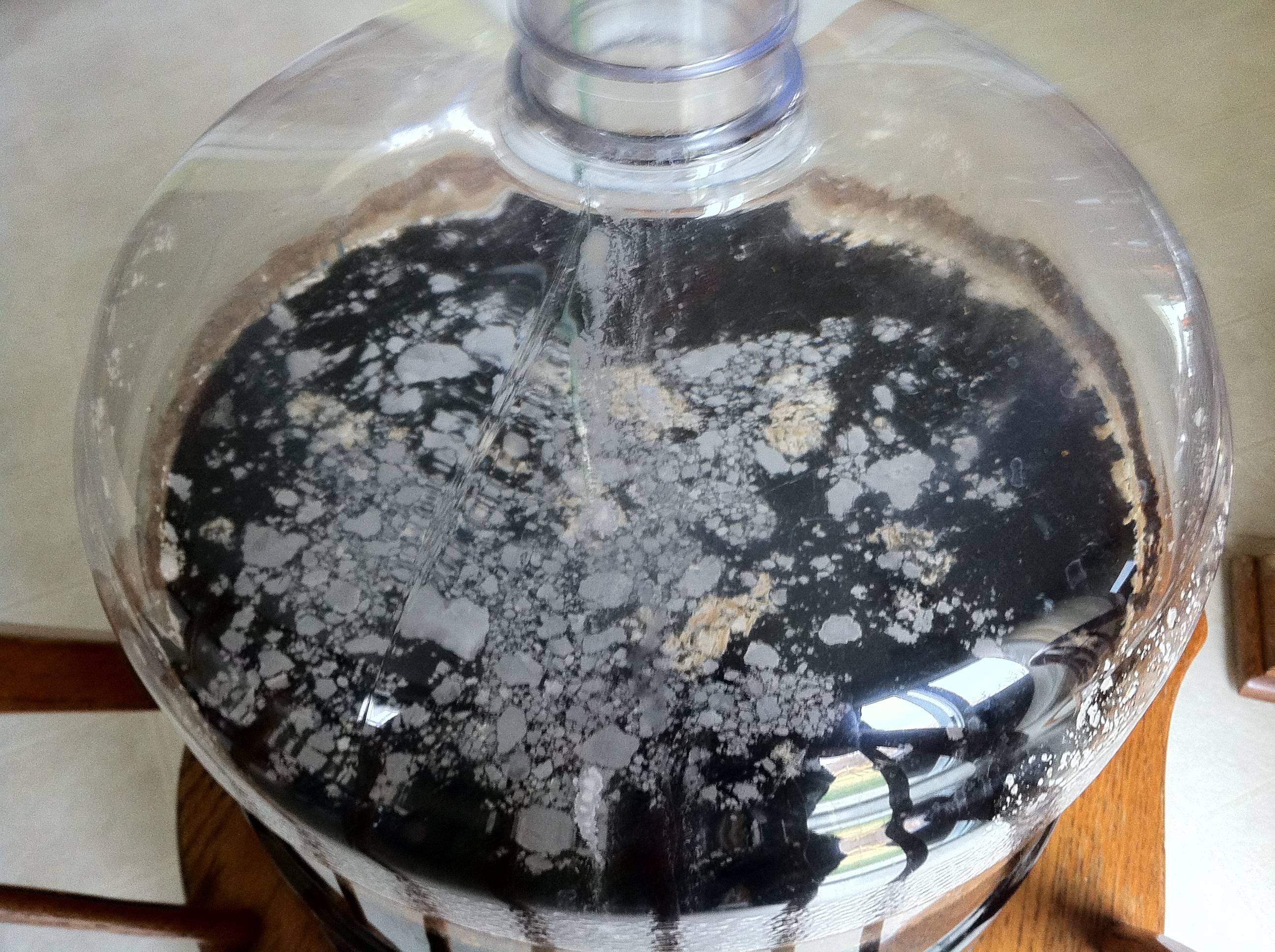 This is my first all-grain batch and unfortunately it has developed some kind of growth. It didn't smell like death, actually smelled pretty good, and the samples I have been taking have all tasted good, so I went ahead and bottled it. Just curious what it could be and if I will be looking at a loss with this one.

White Film on Beer in Carboy


**Symptoms**
White film or flakes on top of beer is fairly common. It often happens in secondary, or in primary after the krausen falls.

Causes
Usually, this is the result of yeast colonies being carried to the top of the beer from the trub or yeast cake by CO2, although in some cases, it can be a sign of a bacterial or wild yeast contamination.

Testing
Take a sample of the beer. Swirl it in a glass and see if it smells funky or infected. If you can't smell anything unusual, give it a taste. Does the beer taste sour?

If not, you just have rogue colonies of yeast on your beer. They may persist until you rack the beer, but should settle upon racking, and will not affect the smell, taste, or appearance of your final carbonated beer.

If the beer does smell/taste sour, then unfortunately, your beer has become infected. You'll probably have to scrap the batch. Scrub all equipment thoroughly with cleaner, and sanitize carefully before brewing again. If you ferment in a plastic bucket, ensure there are no scratches in the plastic, as they may harbor bugs. If there are scratches, replace the vessel.

If it smells good, and tastes good it may not be a contamination.

However, that looks like a little mold of some sort. Not the kind that will kill you or make you blind. Best advice is to drink the beer before the contamination takes over.

Don't panic. Taste the beer. If it tastes like beer, it's probably ok. If it doesn't taste like beer, but not bad, you can do a couple of things. ONE: do nothing, bottle it, and wait to see how it matures. TWO: drop 2-3 campden tablets to sterilize the beer, then prime and bottle. THREE: Pasteurize, then add a little more malt and repitch with some fresh yeast, continue as if it were a new batch. Think about what you do and enjoy your brews. Cheers.

That doesn't look like cause for alarm to me. Give it another whiff if they start growing hairs or turn black/green. I don't think you're gonna take a loss.

It looks like mold to me. I would throw it out, unfortunately.

Not the answer you're looking for? Browse other questions tagged contamination primary or ask your own question.

8
Can a contaminted brew be identified by sight?

6
What is the white film on my beer in my bottles?
9
What prevents contamination during primary fermentation?
4
contamination? what's this?
4
New brewer, question about state of beer prior to bottling
2
Contamination (SCOBY/Acetobactor) or possible over-use of a fining agent?
5
White Stuff -- is it bad?
0
I can't differentiate between OCD or the smell of vinegar, and need some guidance
3
Stalled fermentation
1
Kombucha has dark, green grey dust/moss inside liquid
2
Contaminated batch - what went wrong?