What is on top of my wort? Mold? Lacto?

I just opened the top of my scotch ale bucket, and it looks like there's mold inside. The recipe is pretty standard, plus some oak chips soaked in whiskey, in a muslin bag. What is this?

Some people have suggested it might be lacto/pedio contamination, which wouldn't be terrible. Does it look like that? The second picture is better.

If it is mold, is there any saving it? If it's souring, what's the best way to age it, and for how long? 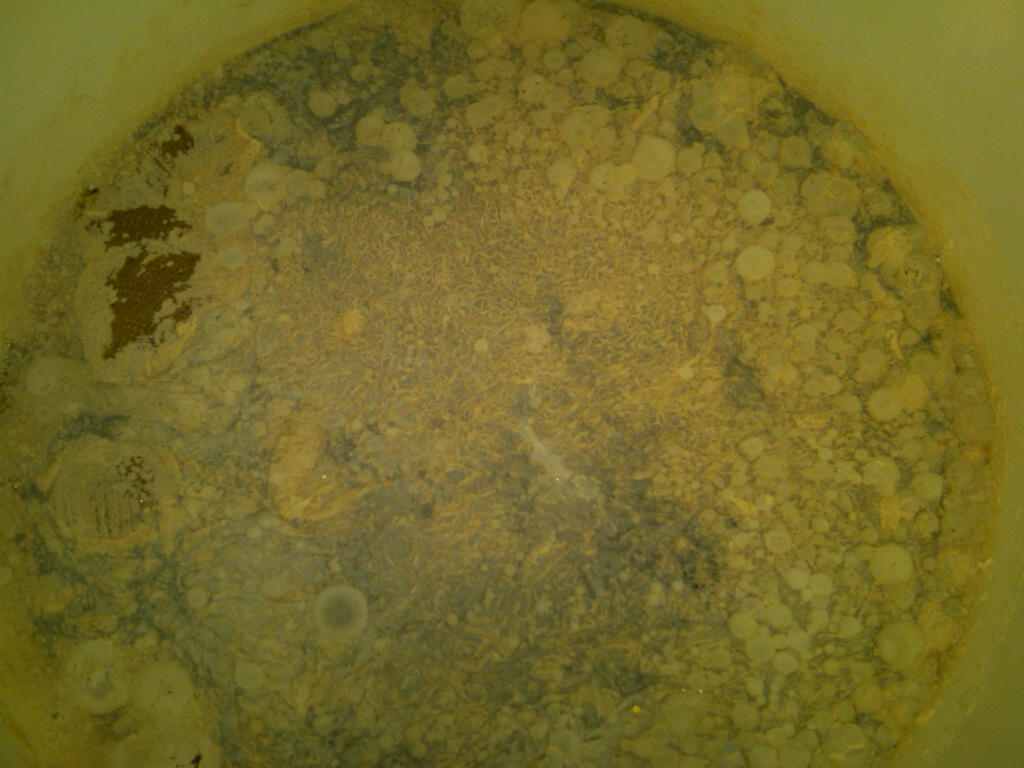 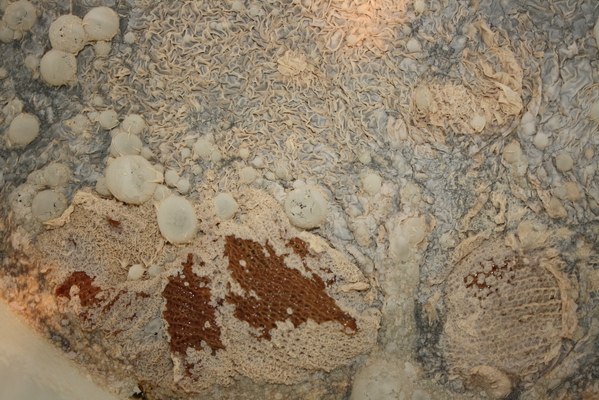 Yeah bro, it looks like lactobacillus, it's a little yellow though so maybe it mold. Lacto usually looks white. I have some lacto going on right now, let me get a picture for you. Did you boil the chips first to sanitizes them, although the whiskey should have done the trick? It's probably a little sour now, or a lot who knows until you taste it. I'd age age it for a few months, maybe four to six and then re-pitch some good yeast for bottling if you plan on going the sour route.

Nothing harmful to humans can grow in beer so it is safe to drink. I'd skim that stuff off if you don't age it and go ahead and bottle it. Let us know how it is if you try it.

It's impossible to say for sure what it is without seeing it under a microscope and plating it out. There could be multiple organisms creating the pellicle. It looks like some kind of wild yeast/Brettanomyces/LAB(souring bacteria). Best thing to do is try a little occasionally and see how the flavors develops as you age it.

I might think its possible that infection occour from muslin bag drying out on top and infection happened. I always use few Stainless steel washers (big ones)and boil them prior to hopping or using oak keeping them under the beer and never hitting surface for drying up my muslin bag ,its a possibility.

Just as an additional note. I have run into similar experiences working with acorns, oddly enough. Acorns were broiled, then added to the honey-water mixture (was making a mead) after boiling so it is possible they picked up something in between. Additionally on that batch I had a problem with a cork losing seal and so the airlock stopped being a barrier for a short time. So multiple problems.

You unless you plate and and probably run under a microscope you will never know which micro-organisms are responsible but at the same time there are several additional possibilities including those bacteria which transform alcohol into acetic acid.

With this specific batch everything still came out ok (ok, better than ok --- it was actually one of my best batches and the combinatin of flavors was exquisit) despite the problems. One thing about brewing is you never know the result until you are done, and things that look bad may not be bad, and vice versa so don't rush to judgement. It doesn't look like just lacto to me though. You will have to wait and see.

Also keep in mind that the reason why this sort of thing is so highly frowned upon is that it makes consistency difficult. You have no way of knowing if the batch will come out, and no way to evaluate or replicate success or failure. It may come out very well, or it may come out very badly. Time will tell.

As far as I'm concerned, if it tasted amazing, that's all you need to know.

I was wondering how you treated your oak chips and muslin bag before putting them in the fermenter (ie: how long did you soak the chips? did you soak the bag?), because that could be the cause of an infection.

Not the answer you're looking for? Browse other questions tagged contamination sour or ask your own question.

7
Lacto contamination in plastic fermenter = new fermenter?
2
Mold on wort pre-pitch
1
Possible contamination / small areas of bubble clusters on top of brew
1
What is the normal attenuation for sour wort (specifically Berliner Weisse)?
2
Waited 6 Days after boil to pitch yeast, Wort had what looked like mold, what can be done?
2
Consecutive (lacto?) contamination with different fermenters
3
Cotton looking mold on my sour
3
White film at top of bottle
3
Sour tasting cider with bits floating on top
3
Possible contamination or mold?