How to disassemble a Krome Dispense beer tower?

I have a beer tower whose lines need replacing.

But, I am having great trouble actually pulling the old lines out of the tower. They seem to be attached to some metal disks, which I can neither pull back through the tower, nor push through past the point where the faucets are attached. I can wiggle them around, but I can not actually dislodge them. The lines are stuck, dangling from the main body of the tower. 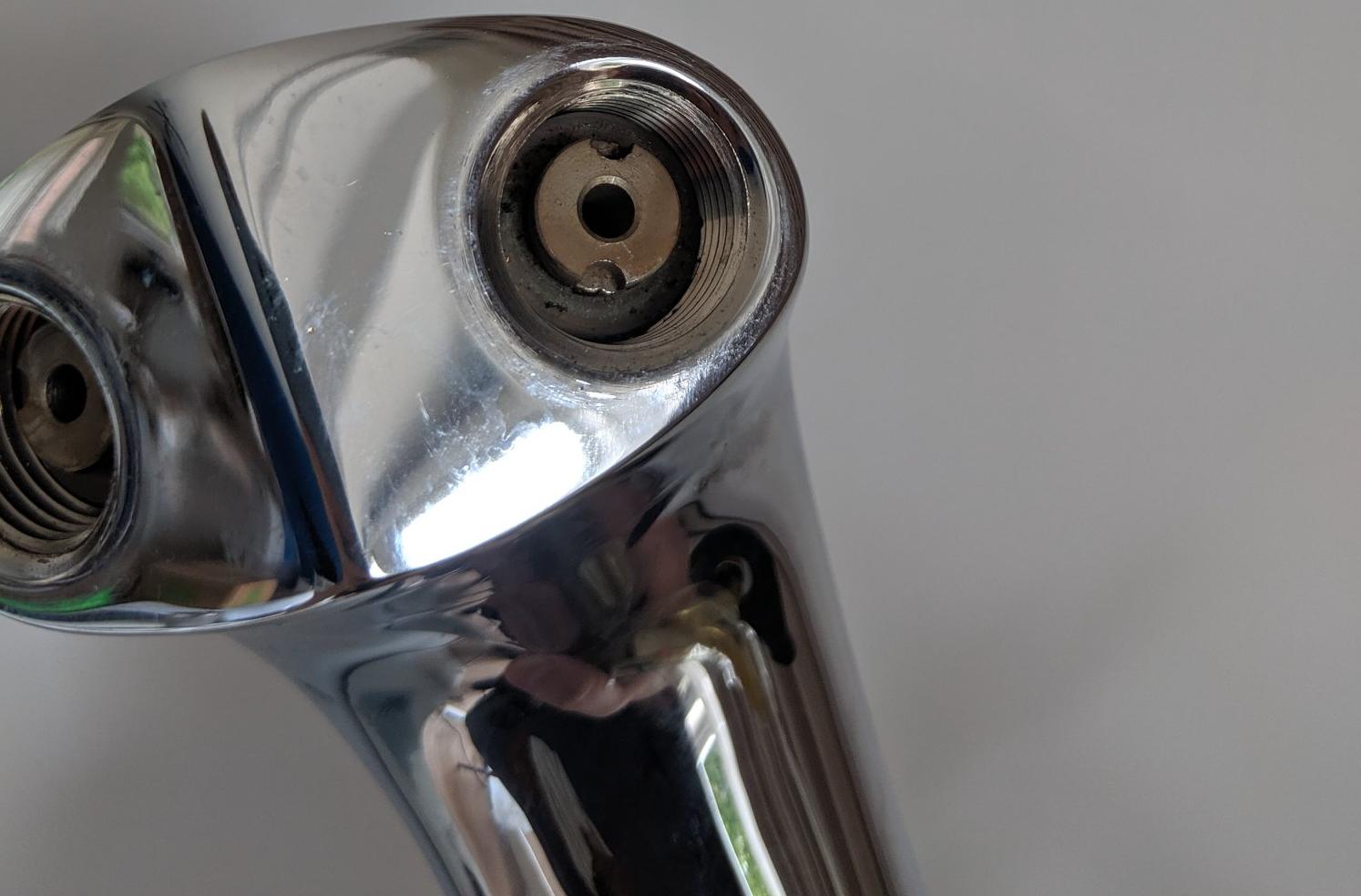 Is there a trick to pulling the lines out of a tap like this?

The tower is a few years old, originally from Krome Dispense. Fully assembled, the tower looks like this.

You need to buy a special tool that goes into those two half circles. I don't see it in the tool list on pg 82/83 of the PDF that Eirikr posted. I'd call KromeDispense and ask them. OR email customer service with the tower part# if to you have it. I am sure they'd help.

If you are handy or have a friend that does metal work they could probably make a tool that would work for you. Splitting some metal rod and shaping two tips with the right distance.

I got it loose.

Trick wasn't a highly specialized tool (needle nose pliers did it), but having the protrusion on the clamp behind the metal disk precisely hit a notch. Then, the hose could be pulled up through the tower. 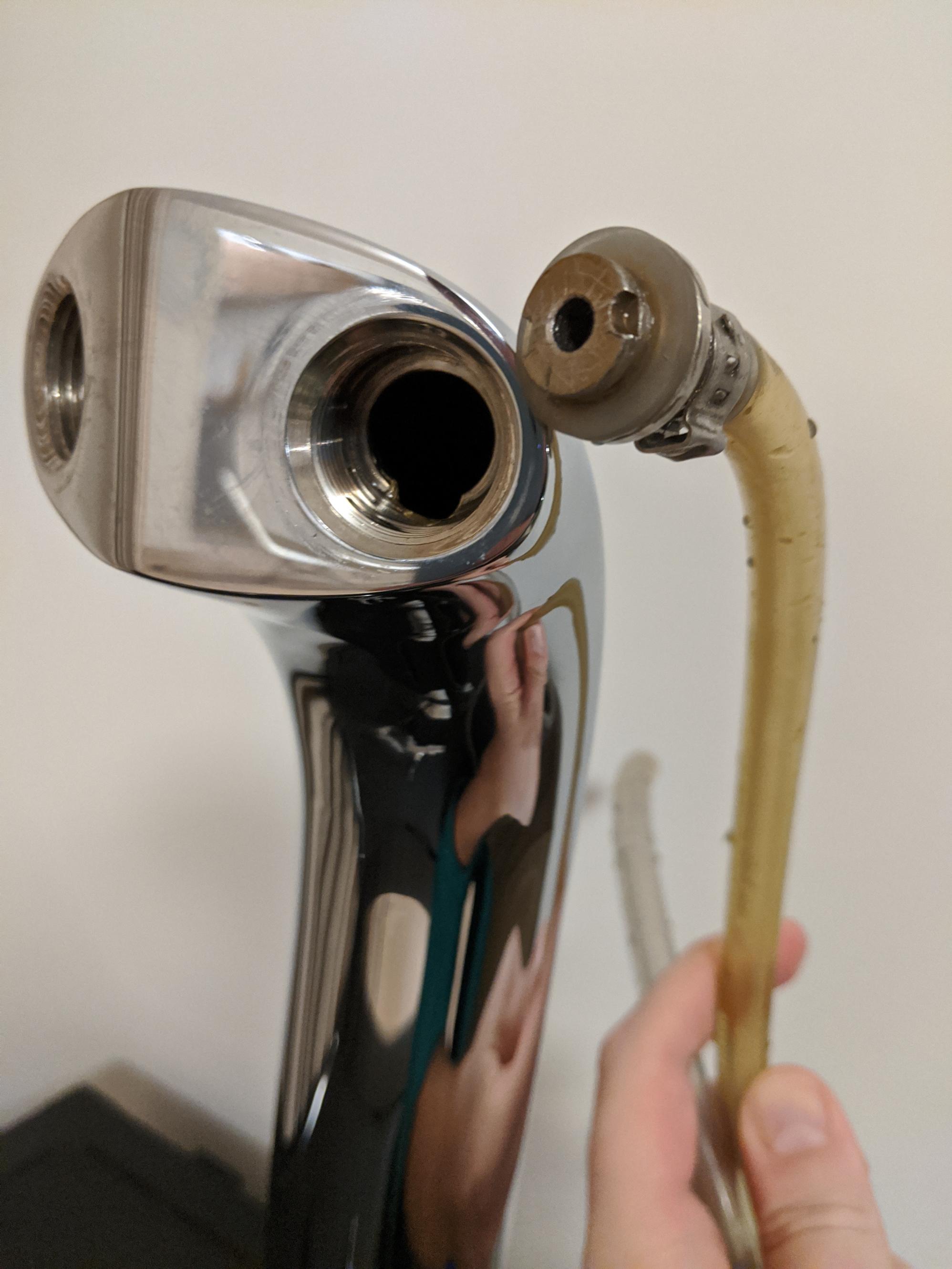 It was still stiff, and there was no telltale "click" that indicated it was correctly aligned. Just needed patience and trial and error. Lots of it.

By the way, the protrusions on the two clamps were not aligned with respect to the half-circle indents. One (pictured) was more or less perpendicular to the indents, the other was more to the side.

I don't have any direct knowledge, but you might find something useful by perusing the product list:

For instance, page 61 has pictures of a few different line configurations, which might help you figure out what's going on with yours.

Another option beyond reading is to chat with a company representative. In the course of poking around, I happened upon Krome's Knowledge Base page, where a chat window appears in the lower right. I suspect they could help you.

Not the answer you're looking for? Browse other questions tagged keg kegerator or ask your own question.

6
Bottling kegged beer
4
How do I prevent condensation in my kegerator?
19
How long do I have to finish a keg once it's been tapped?
2
How quickly do i need to drink my beer?
1
Keezer ~ Collar vs Faucet top tower
1
How do I extend my kegerator beer line run properly?
4
How to make a tap faucet close automatically?
1
Should I use beer gas to dispense carbonated kegs?
5
How to eliminate stiff foam from kegerator?
0
How to fix a regulator that doesn't react to pressure changes?