After a week of carbonation, I noticed some kind of sediment on top of the bottles: 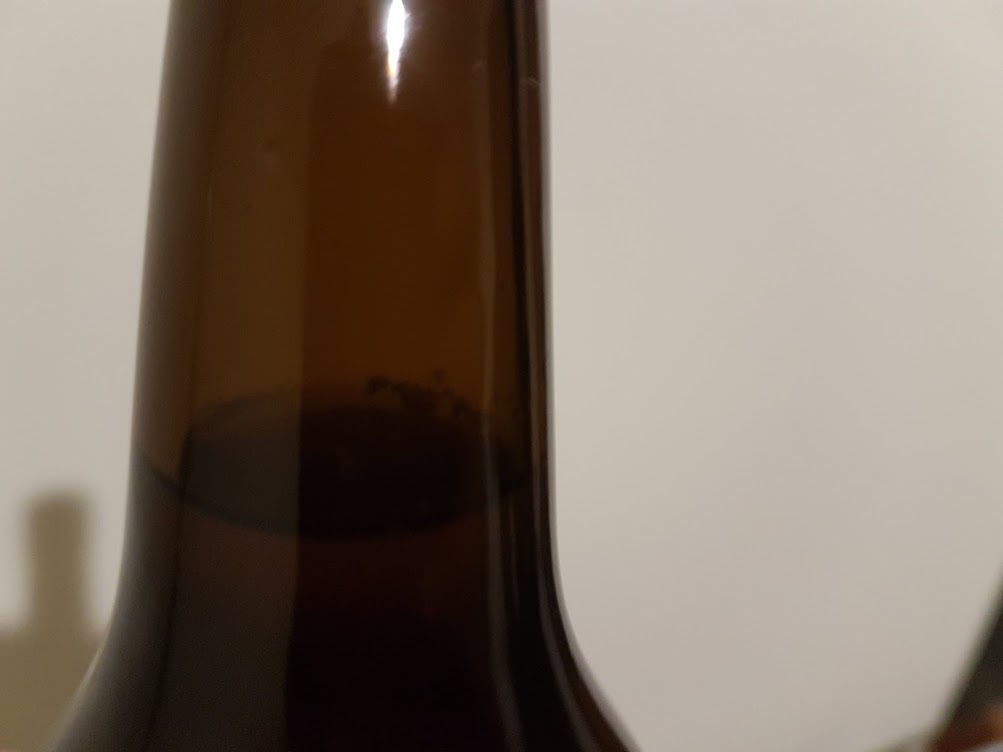 To me, it looks like pieces of fizz drops I used for priming but they should've dissolved (or not?). Doesn't look like yeast either... What else it can be and should I worry about it?

I'd say it's a "micro-krausen". At bottling, the space above beer in a bottle is just air. You added sugar for consumption by yeast, so resulting CO2 would carbonate beer. It's reasonable to expect yeast to do whatever it normally does in the fermenter, just at much smaller scale. So it produces that. My experience is that the more O2 is available, the more prominent that "collar" is: e.g. in bottles where seal was not perfect (near-zero carbonation meant all CO2 dissipated) the "collars" were bigger.

It also could be a sign of infection, but not necessarily so. The notion that it may be an infection comes from association of this "collar" with bacterial pellicle - which is fair enough. But if beer is under-attenuated, it may as well produce those "collars" and possibly gushing bottles, as during bottling you getting yeast back to suspension and adding sugar, i.e. "rebooting" fermentation to some extent.

Easiest test, open a bottle, test a beer, judge for yourself. So far, there's nothing to particularly worry about.

Usually this is an indication of contamination. but not always.

open one up and see if you have any off flavors like plastic or astringent. also look for over carbonation and gushers....which will tell you that its contaminated.

I have in the past had this on a stout with no off flavors but was a gusher, tasted fine....on another, cream ale, it tasted like plastic.....had to dump 50 bottles.....

Not the answer you're looking for? Browse other questions tagged carbonation sediment or ask your own question.

5
Beer not carbonating
27
Carbonation Drops vs. Sugar?
4
Variable carbonation
1
Capper indents bottle cap. Is this ok?
4
Flat beer with table sugar?
3
Bottles lost pressure, can I rebottle?
3
Carbonation drops in cider
3
Bottled a Belgian ale not carbonating
5
Is there anything as too much priming sugar?
2
How to recover from failed carbonation?