White film on top of cider

I have a batch of cider that was in fermentation for several months. I use glass demijohns and racked 3 times so the cider is very clear. It's been about 2 months since the last racking.

When I took the demijohn out for bottling I found some white film on the top. It was not there in the previous racking. I use a siphon so I wasn't too concerned of getting it into the bottles, and the cider actually tasted great.

After three days in bottles (with sugar added for carbonation) I see white film on the top of each of the bottles, and it seems more than what I had in the demijohn, and developed fast.

I'm usually very careful about sanitizing but can't rule out some contamination.

I've read a few posts about film on top of beer but I don't know if things are different with cider...

I'm thinking of giving the bottle a jolt before opening it and letting the foam drive the film out. But will it be safe to drink?

Here's how it looks... a closeup of the top of a standard 11-oz bottle. 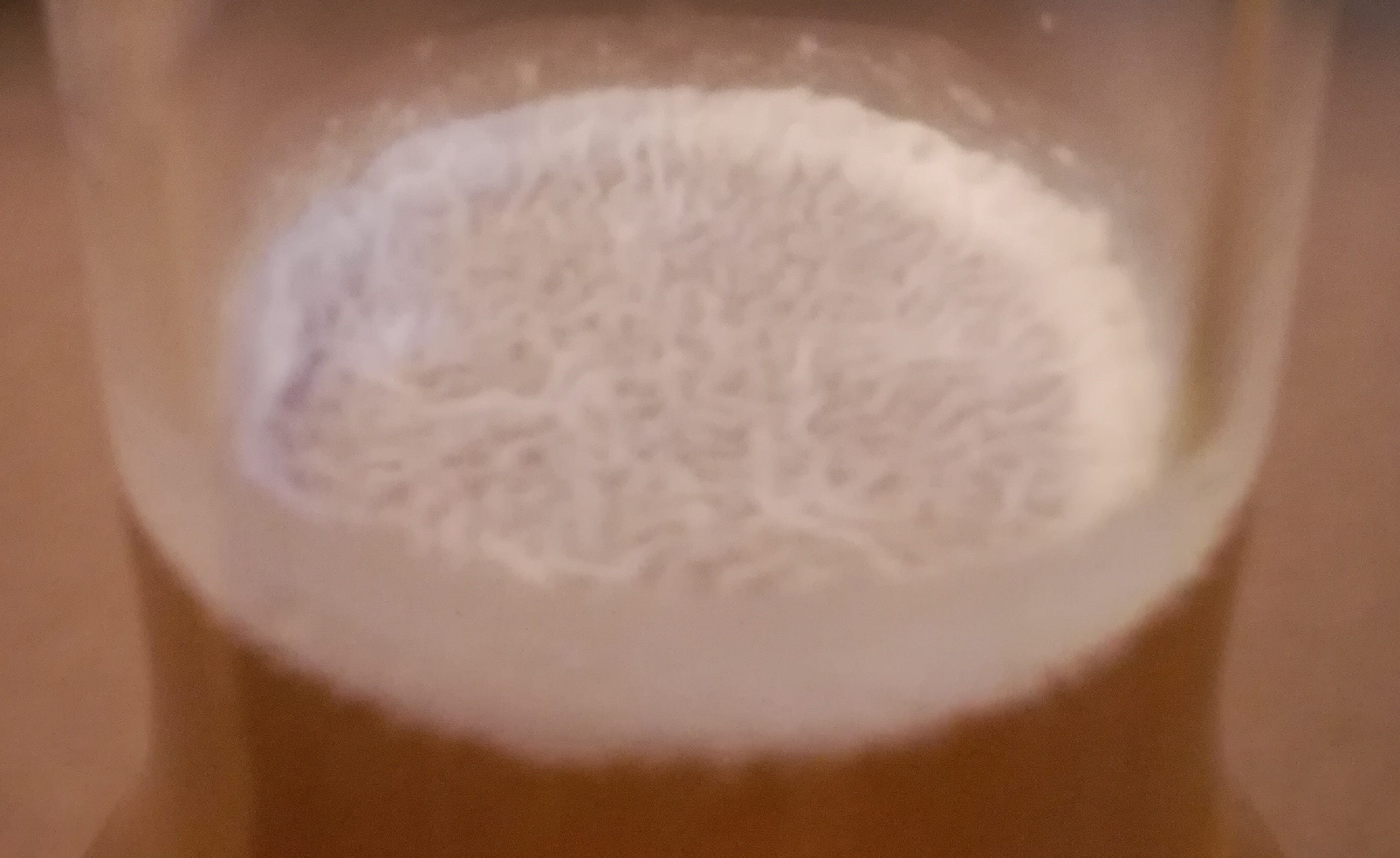 Edit: six days later, whatever it is does not grow any more. It seems to have captured some gas at the top at start and now it looks like film-covered bubbles. 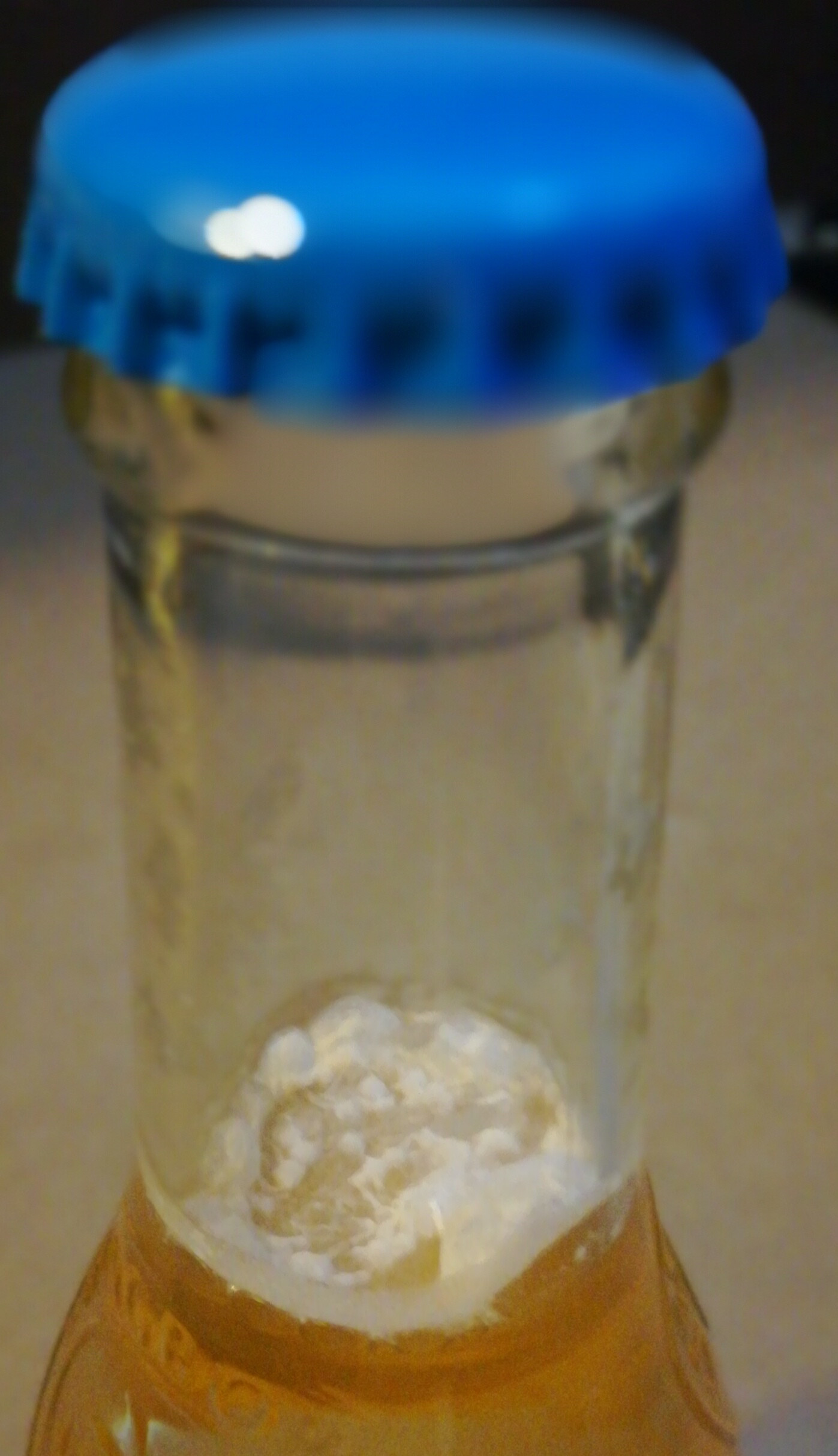 Looks like a very clean pellicle, biofilm from a bacteria. Taste the cider, you may have something nice there. But it's probably not what you were expecting from yeast.

Google search tells me this is likely beer pellicle common with some bacterias used in fermentation and can actually prevent bad bacteria from entering at least that is my take from this: https://beerandbrewing.com/what-is-a-pellicle/

Not the answer you're looking for? Browse other questions tagged cider or ask your own question.

2
Is leaving some cider in the primary bad?
2
Is my hard cider ready for bottling?
2
Cider - Process Question
4
Weird Film/Layer on cider in fermenter
1
Cider brewing, can I add pectolaze after fermentation started?
3
Home made Cider Over Carbonated what should i do with the other Bottles?
2
Adding yeast after fermentation has started
3
Can I blend cider and apple juice?
3
Cider Issues - identical batches acting differently
1
What should I do after the primary fermentation of my cider?