Why is my refractometer hard to read?

Got this refractometer recently. Haven't used a different one before and I'm new to home brewing in general. I was dry hopping my beer that's fermenting and decided to take a reading but it was very difficult to differentiate where the line was. There wasn't a harsh transition between white and blue. The picture on the left is as taken, the one on the right is after boosting contrast a bit. 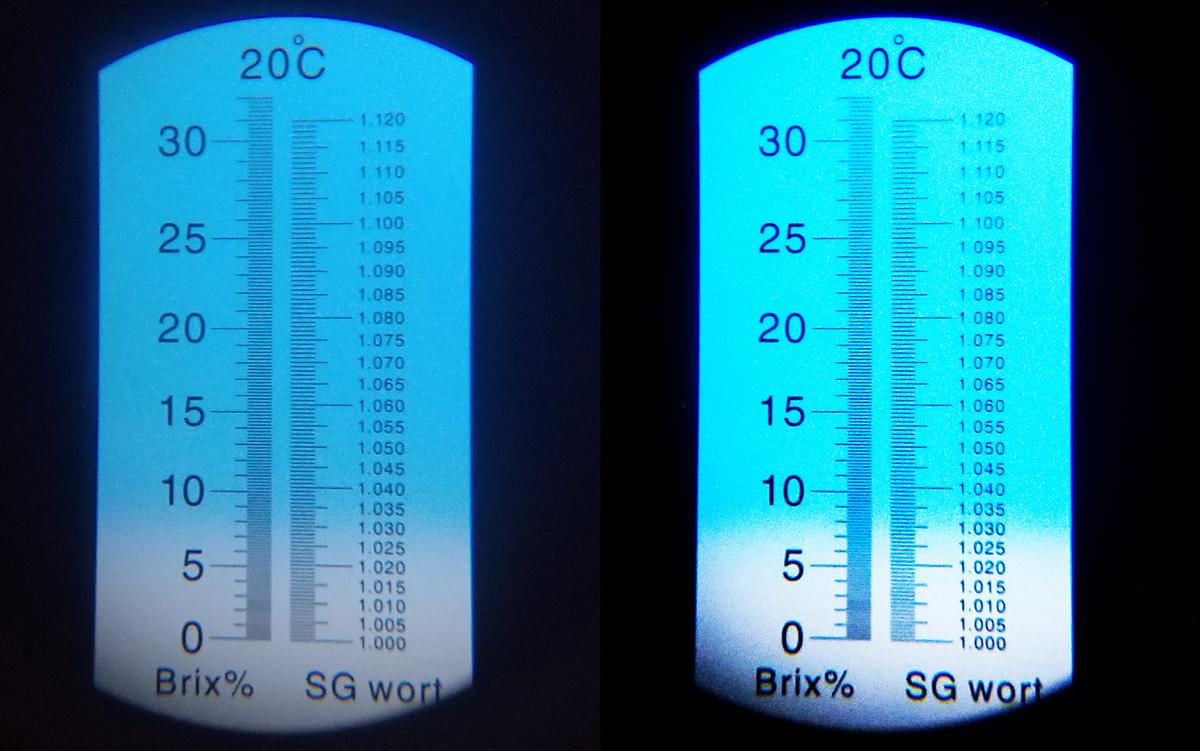 This is the reading from the wort after boiling back on Saturday. It's much easier to read. 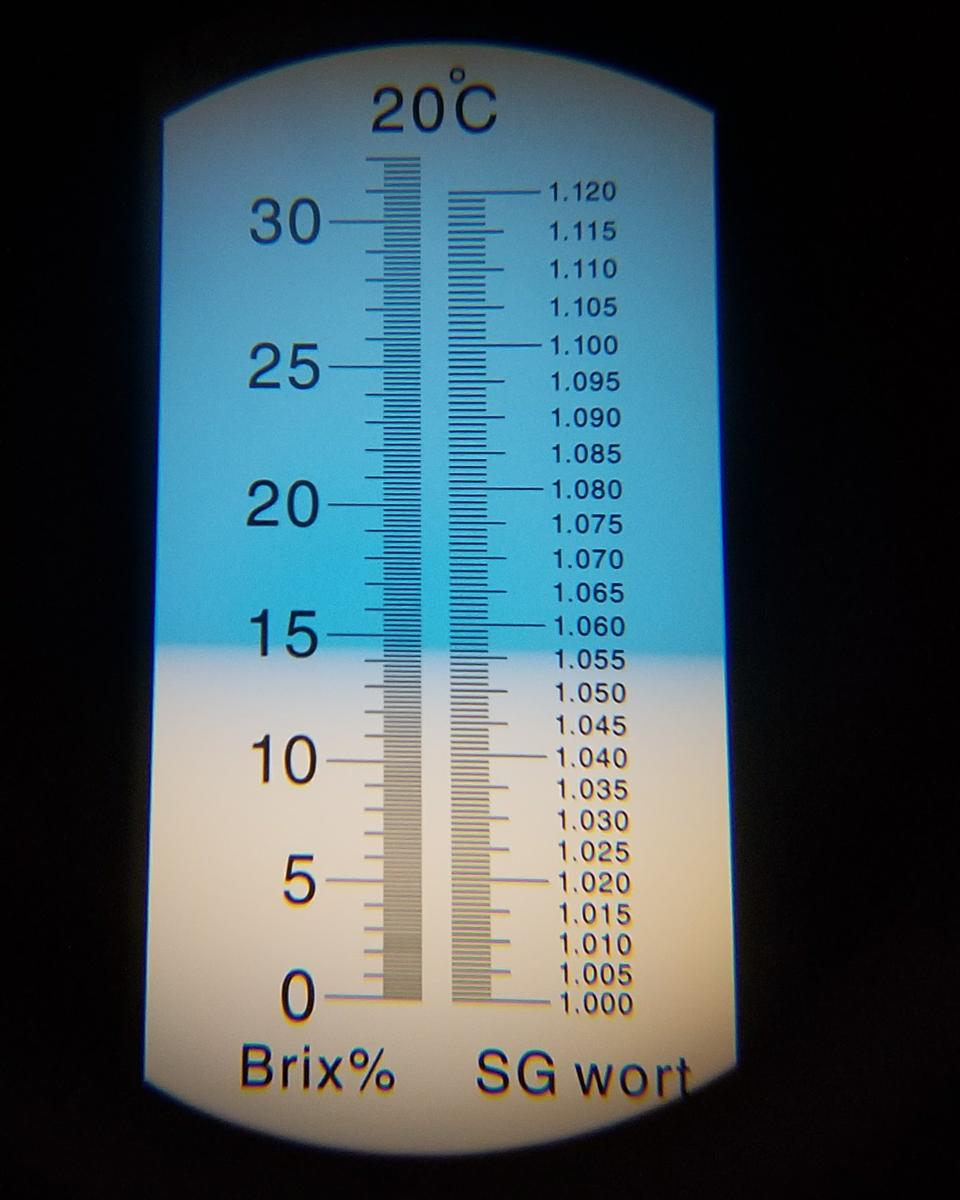 A lot was different between the two readings.

Fuzzy Line: - Fermenting wort, krausen starting to go away - LED bulbs in recessed cans but in general the lighting in the room is more difuse. - Temp about 71 degrees.

Both times grabbed a few drops with the included pipette after sterilizing it. Everything else was pretty much the same.

Am I not using it correctly? Sample appeared to cover the area well both times.

I have found that the refractometer line comes out fuzzy if the transparent lip is not flush with the prism. This can be due to particulates which introduce a distance, CO2 in the solution which creates bubbles or small air pockets. Usually lifting the lip and letting it drop into the sample a couple of times does the trick. Measuring cold fermenting wort at a higher room temperature will result in CO2 coming out of solution, so bumping the refractometer usually helps with that.

It is also important to note that refractometers are usually calibrated to a certain temperature. If your device has active temperature compensation, it is necessary to wait a little while for prism and sample to reach an equilibrium temperature.

IMHO answer to this question is that the fluid under test is "opaque"and so the reading line is "diffuse". The opaque nature is usually due to yeast being present and it is better to test a clear(er) solution. Sometimes this is down to bubbles but they can usually be cleared by pressing on the sample cover plate.

It's probably fuzzy because the CO², you may try to transfer the beer from a cup to another, about 20 times, to make it go away, then try to read again.

Don't forget to do alcohol correction, using this (or other) calculator (based on OG):

Not the answer you're looking for? Browse other questions tagged refractometer or ask your own question.