Want to improve this question? Update the question so it's on-topic for Homebrewing Stack Exchange.

I have decided to buy Chemistry Distillation Apparatus as in this image: 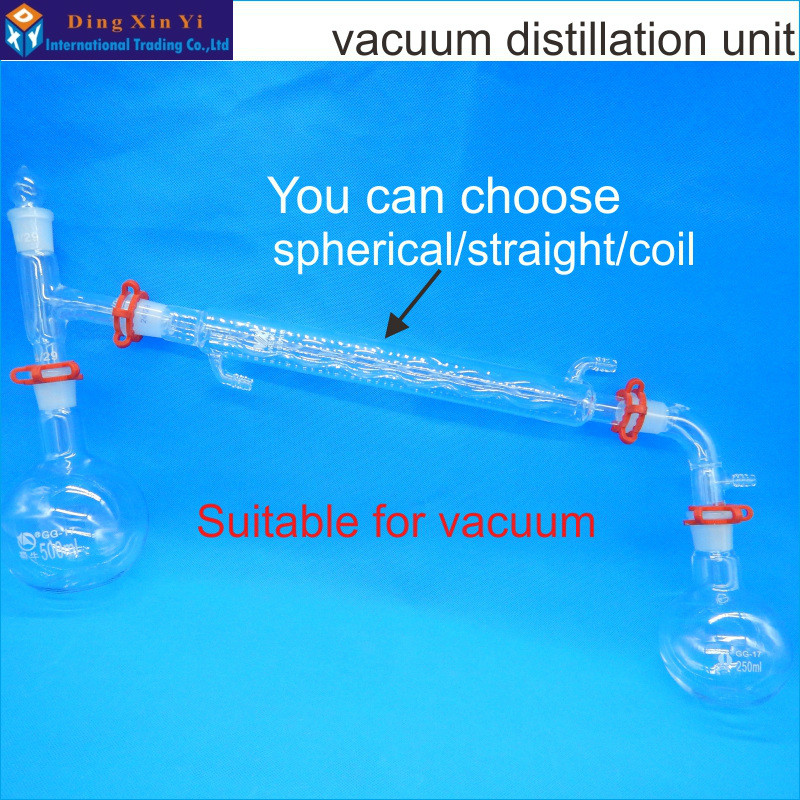 I am using it to make absinth by following old recipes found on net. You need pure ethanol (97%) and soak herbs in it. After few weeks you need to distill it, but I am confused with all the foreshots, heads, hearts and tails. When you use regular wash, I am sure that during fermenting process you get bad stuff and it needs to be thrown. But what in my case when ethanol is pure? Do I still need to throw them away (or mix with another batch for heads tails)?

Also if I want to have 70% alcohol at the end, do I need to add water to still before distillation (ie. half-half so it is 49% abv mixture) so I can collect all alcohol but also some watter to dilute it. Or other approach would be to use pure ethanol with herb mixture as distillation source and when distillation is finished to just add distilled water to distillate. What are your toughts?

I have witnessed absinthe being made in Mainland Europe from mash production to final green spirit - in its entirety. Double distilled herbs collected from the wider locality.

Making absinthe from one's one naturally produced alcohol is not at all dangerous if one has any ability and is sensible to the risks of the situation. These are mainly physical risks and not biochemical. For example distilling alcohol is a dangerous fire risk but if done carefully and in a suitable location such risk can be minimised. The risk of producing methanol in any amount from mash or fermented sugar solutions is abysmally low. Aldehydes and Fusel oils maybe but not methanol. That usually arrives as an adulterant - either to denature "Methylated spirit" or because some uninformed person does not know the difference between "wood alcohol" and the real stuff.

However to produce any higher proof alcohol one does need a fractionating column attached to the top of the distillation vessel. In the (very) small scale setup pictured this would be a glass column about 150-300mm tall with some "inner structure" to promote fractionation (separation) of the water/alcohol vapour. This is needed because water and alcohol form a azeotropic mixture (they also form a eutectic mixture so freeze distilling is equally inhibited) which make producing high percent proof alcohol difficult. Some moonshine producers distil off alcohol solutions with a high salt content as the salt is thought to "restrain" the water vapour. Along with the column, a thermometer at the top of it is a useful addition.

Once one has some authentic high proof ethanol the first herb infusion can start. Over the course of some weeks, the anethol oil is dissolved out of the aniseed and other flavouring and some colouring compounds from the other herbs. This mixture is then filtered into the distillation vessel and the wet herbs are usually washed with a small proportion of (hot?) water - eg 30% of alcohol volume. That water may well turn "milky" from dissolved oils. The added water also aids the distillation process (allows some steam distillation of the dissolved flavouring compounds).

The second distillation is usually collected in 3 fractions. The lights, the main and the feints. The first part of the distillate (the "lights") is collected in a container until the top of the column gets up to about 78 deg Celsius - YMMV. This is then put aside and a new collection vessel used to receive the main body of the alcohol. The trick now (I am told...) is to maintain a slow and steady heat producing a easy rolling boil in the distillation vessel. That allows the fractionation column to do its job more efficiently and make higher grade alcohol. As the distillation progresses one notices the temperature at the top of the column begin to rise towards 100 degrees, signifying more water vapour and less alcohol is coming over. Time to collect the third and last fraction - the "feints". This often contains some faint green colouring and can be very bitter to taste. The feints are often added back into the next batch. There is no need to keep the feints or distil beyond the main liquor if doing a a small scale distillation. The target ABVis about 80% alcohol. I am told spirits above 60% ABV will do.

Eventually the liquor is filtered off the herb base and set aside to settle. The herbs obviously contain some alcohol BUT DO NOT ATTEMPT TO WASH THIS OFF (with water) AND ADD TO THE FINAL PRODUCT. The final product is just filtered, allowed to settle and decanted to bottles. Best Absinthe is over 70% ABV and regularly attains 80%. That is why it is usually watered down before drinking although I prefer sipping it very gently at full strength.

IMHO, a lot of nonsense is written about thujone as the active/poisonous ingredient in Absinthe. It comes from the added wormwood (Artemesia absinthia) and is one of the distinctive flavours of good absinthe. As it is of a good Vermouth. And indeed there is far more of it in the herb Sage than in wormwood. And no one thinks sage tea is poisonous.

I would suggest starting with something else though, maybe Vodka? And you still need to distill it yes, even if using pure ethanol. You can either add your wastage to your next batch or dispose of it appropriately. I would recommend drawing off at least 10% of your yield. I would personally add water to the still before distillation.

As long as you are using Pure ethanol (not denatured) you should not have to worry about it, or throw out any of the product.

as for getting the ABV you want, you want to mix it after distillation, and not before, the whole point to distill it is to remove the alcohol with essential oils and other flavor compounds from the herbs and spices...etc.

also as User has stated, be careful, distilling can be explosive, if mishandled and you have open flames or sparks around.

Not the answer you're looking for? Browse other questions tagged distillation or ask your own question.