Weird Film/Layer on cider in fermenter

My parents were making apple juice with some home grown apples and I decided to try and make cider. I added the juice to a demijohn and added some yeast and left to ferment.

I put it away and completely forgot about it until the other day. It's been about 6 months! It still had an air lock on but barely any water left!

When I took the topper and air lock off there was a strange film/layer on top (see picture). The layer is actually an off white colour and it's the demijohn making it look orange!

When I smelled the cider, it smelled like cider and not rotten or moldy.

Would this be fine to try and siphon out and put into bottles for further fermentation and carbonation? 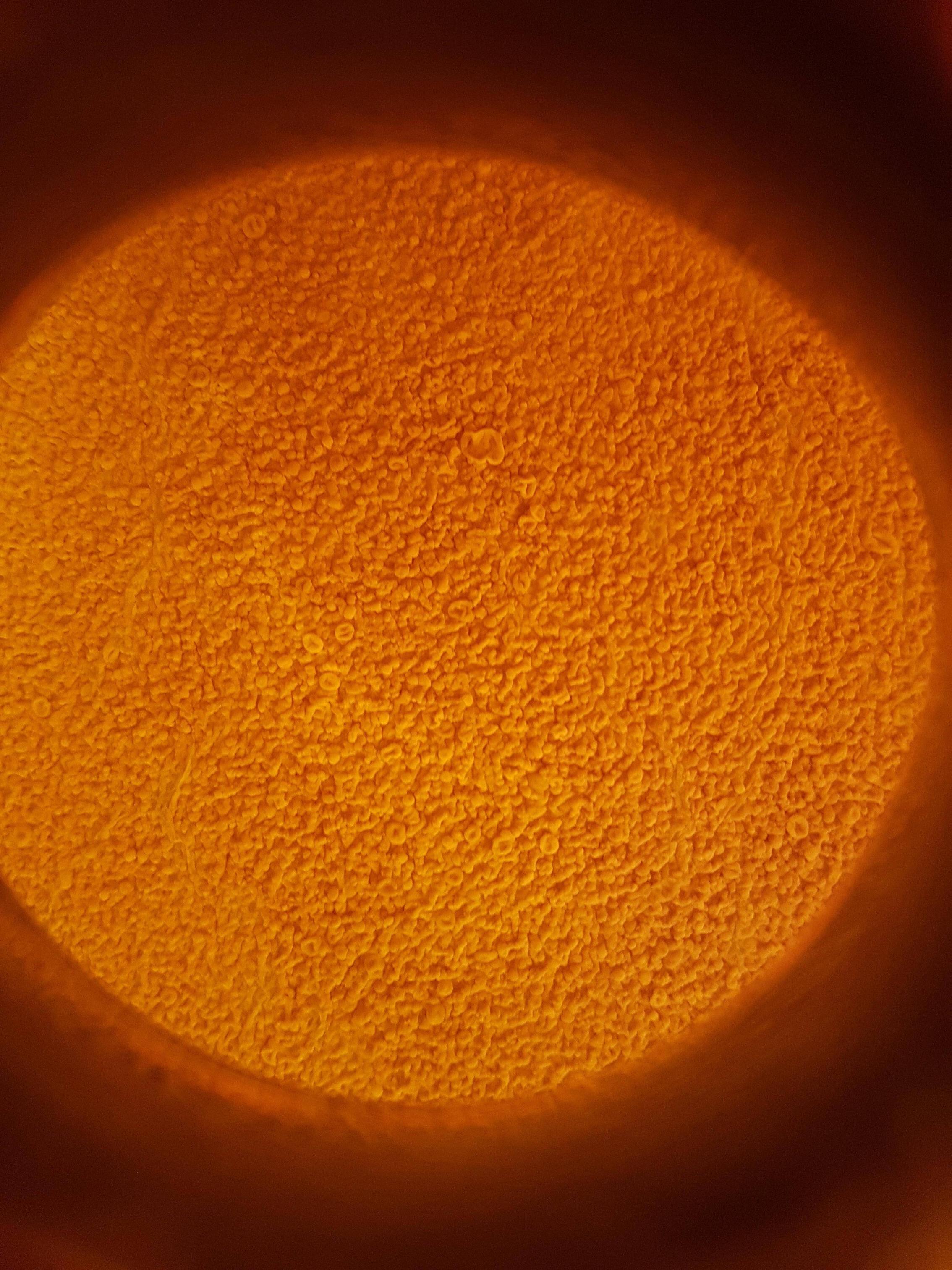 That is some sort of pellicle. Almost looks like a Wyeast Roeselare sour blend pellicle (Just as something to compare it too). Yeast, even wild yeast, would have settled out by now.

Its impossible to tell type of wild contaminant you have there. It is likely a blend of your yeast (which was what?), wild yeast and bacteria. The good thing is at least in this picture it doesn't look like mold.

You're going to have to give it the smell and taste test to find out if you've got something worth keeping. Carefully rack some out from under that layer. Put some in a glass and smell it. You can even pinch a little liquid in your fingers. If it feels sticky or slick then its still got some time to go. I doubt it though. Then taste it. Whatever it is, 6-months of a simple cider there isn't anything fermentables left I'd predict. So if it tastes good and you want to keep it, bottle it up.

If it is tasty, I'd keep some of it still (bottle as is, flat). And I'd add an appropriate amount of sugar and carbonate some. I bet it will be pretty good. I've had several "wildly" fermented ciders and they come out surprisingly nice most of the time.

Not the answer you're looking for? Browse other questions tagged cider or ask your own question.

1
First time making cider, will it work well
1
Inward pressure when fermenting cider
3
Apple cider fermentation stuck for 20+ days
2
Dangers of non-sterile cider
3
Should I be concerned about natural fermentation beginning in cider?
1
is my cider infected or is this normal for safaleUS05
3
Cider Issues - identical batches acting differently
2
Fermentation started right after air-locking, but stopped after a few hours
1
What should I do after the primary fermentation of my cider?
2
Problem with cider not fermenting