Special considerations for primary fermentation in a carboy?

I brewed my first batch this weekend (Scottish Ale) and have been keeping an eye on it during primary, largely out of curiosity but also first-timer's paranoia.

We added too much water before pitching (lower than expected OG, 1.026-28 vs 1.034-38, and almost no head-space) and as a result it overflowed the airlock on the first night. Luckily we planned for some overflow and now know to use a blow-off if we're going to do primary in a carboy, or so the Internet says.

That said, I'm still not sure about a few things. In particular, there's a dark gunk in the neck of the carboy: 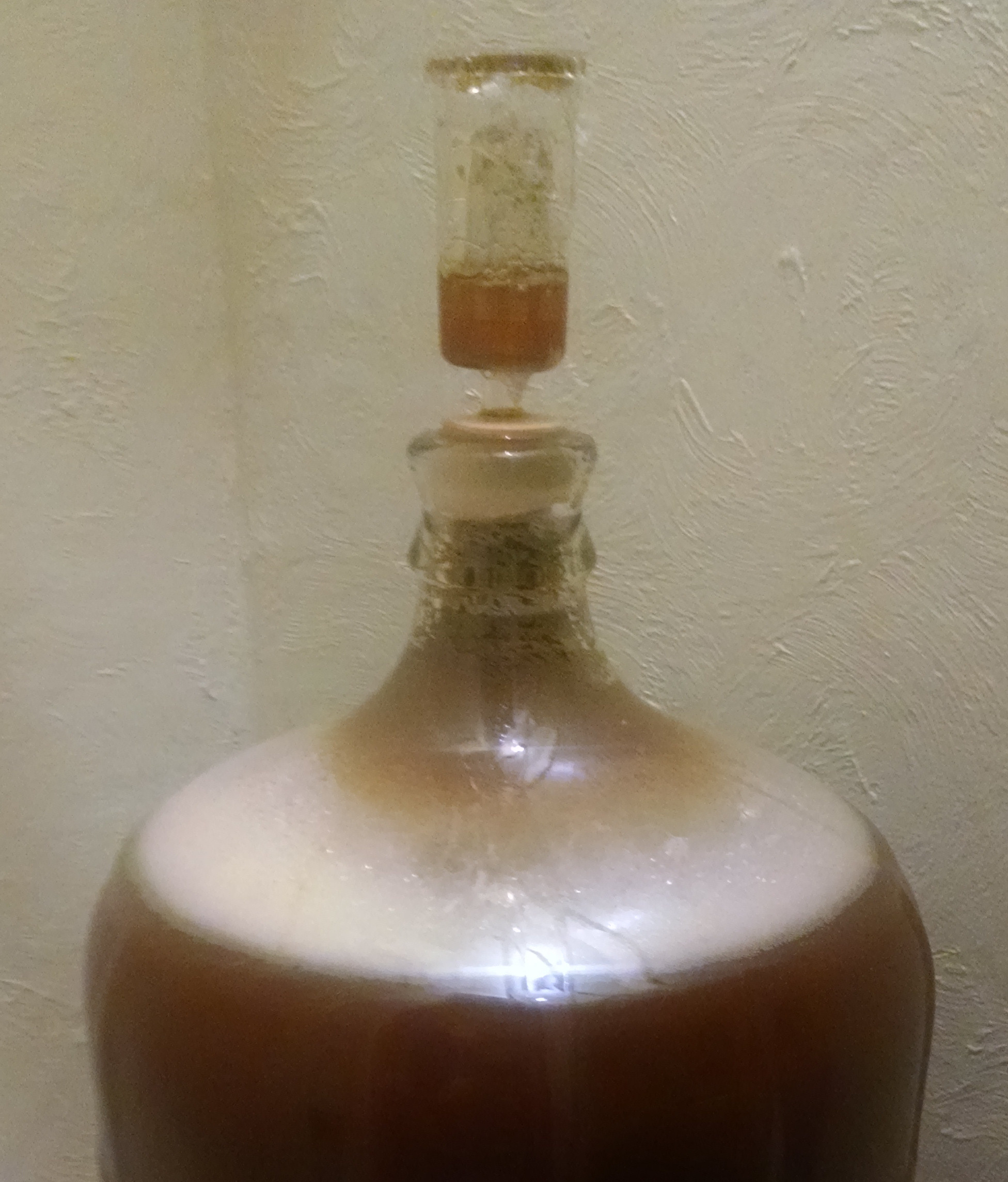 After taking this picture the white layer (the krausen?) has gone away but the top, darker layer is still stuck to the top. Is this okay? The airlock is still releasing CO2 but much less rapidly.

Also, when we go to transfer the beer for secondary (to another carboy), will that darker layer magically be gone or will we need to scoop it out or something?

This is a completely normal blow-off fermentation in a carboy. The krausen (in any ferment) will eventually subside and fall into the beer. As the krausen was pushed into the neck and walls of the carboy, some of it stuck to the sides. You don't need to transfer it. It generally won't fall off on its own, and you'll need to clean it off/out once you've racked the beer out of the carboy. You can use mechanical (carboy brush, swirling a rag around the inside) or chemical (oxiclean/pbw soak) means to clean the krausen, but you must entirely remove it before you can sanitize the surface before the next use of the carboy.