Why do my yeast plates end up looking like this? 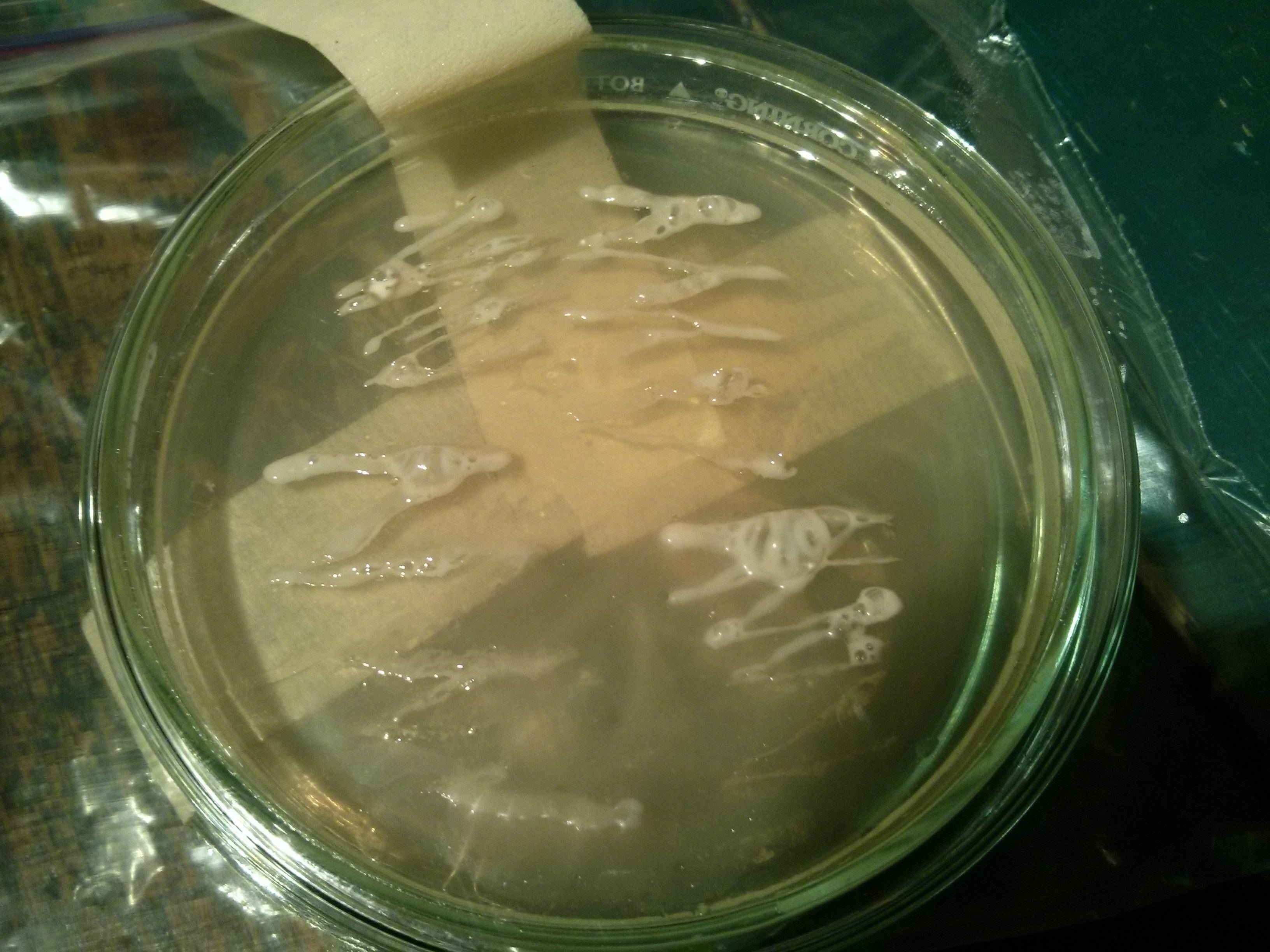 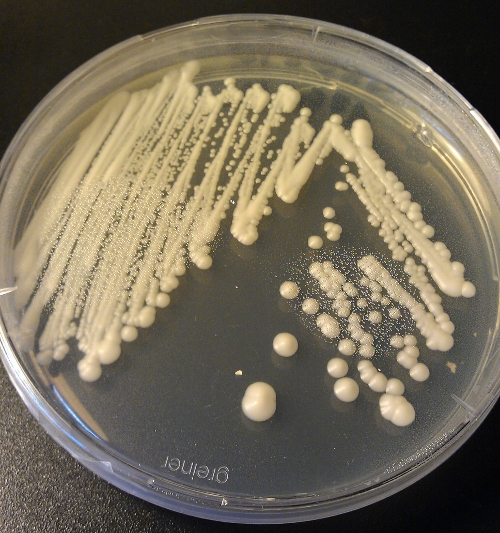 My yeast plate is composed of wort + agar.

It looks like you streaked several times from the same sample of yeast, and that there was a bit too much liquid in each streak (they resemble puddles). The liquid should be nearly invisible on your when applied to the plate. Also the plate surface should be a bit dry, so liquid is absorbed quickly.

Many people will repeat the steak & sterilize steps 4 or 5 times as they work around the plate, spread the yeast thinner and thinner. I also suspect that the first streak plate in second picture was streaked over again, to get the single cell colonies between the heavy streaks.

This page from the Maltose Falcons provides a lot more detail.

Not the answer you're looking for? Browse other questions tagged yeast reusing-yeast yeast-cultures or ask your own question.

17
How do I keep yeast from a strain that I've bought?
7
How to estimate yeast starter viability when using stir plate?
7
Measuring yeast in a slurry
3
yeast cell count importance
3
How long can a yeast starter stay on a stir plate before pitching?
1
What is the proper way to supplement a yeast starter with oxygen via an aeration stone?
5
Questions on keeping a yeast strain going over and over
4
Alternative to stir plate for yeast starter (and erlenmeyer flask)
4
What is a realistic growth factor in large volume stir plate yeast starters?