I made my first two lagers last weekend and will make two more this weekend.

After the boil, I chilled the wort to 75*F/24*C, oxygenated it and put the carboy in my chest freezer so it could get down to 50*F/10*C, which took about 8-12 hours. I decided to take some left over wort from the kettle and "step up" my starter a third time, but placing the starter in the freezer at 50*F/10*C on a stir plate. The next morning (8-12 hours later) I pitched it instead of waiting another 12-24 for hours as normally recommended for pitching at high krausen.

I don't like the idea of my wort sitting there with some bacteria in it a long time without having to compete with yeast, which is why I pitched as soon as the wort hit 50*F.

John Palmer has a chapter on pitching at high krausen, but I couldn't tell if he only stipulated that to be necessary when the yeast starter is from malt extract as opposed to the actual wort one would be using in a beer.

Is it detrimental or otherwise a material opportunity cost to pitch a yeast starter before it hits high krausen, when the yeast starter is made from the same wort that one is pitching into?

Incidentally, with my yeast starters on a stir plate, the foam appears to be at its highest point 8-12 hours-- it's visibly its most vigorous. I'm not sure what this says about high krausen. At 24 hours, as the yeast starters I'm looking at right now, there is almost no foam at all: 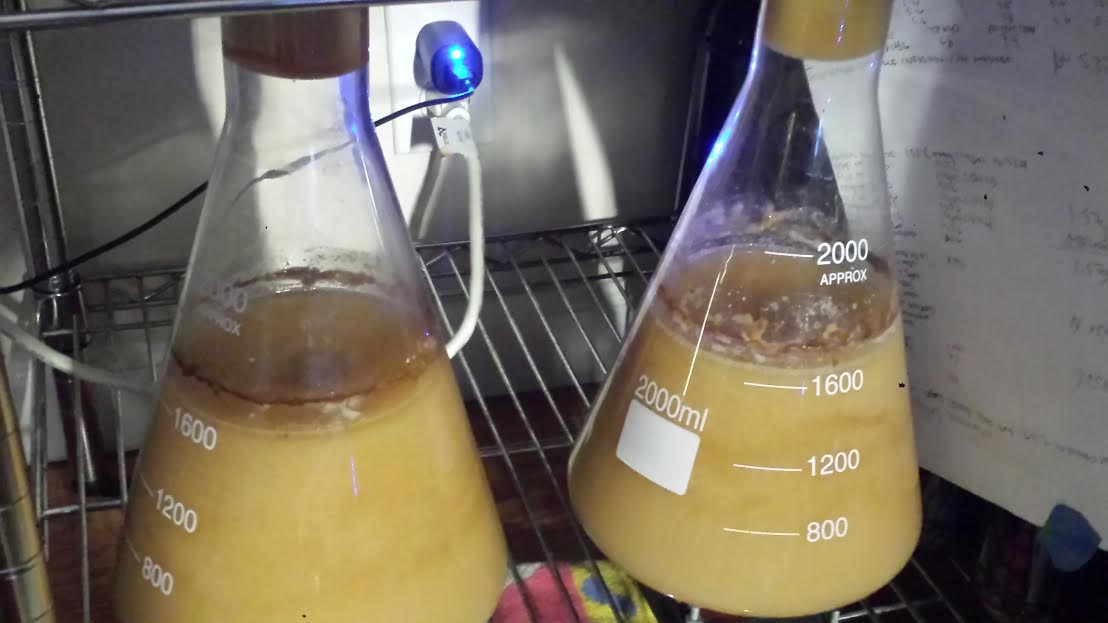 If you pitch before the yeast had a chance to finish fermenting, you're pitching a less than optimal amount of yeast. Also, depending on the OG of the wort you grew your starter in, you may have suboptimal cell count and health. These also look like pretty small starters for lager.

Not the answer you're looking for? Browse other questions tagged yeast-starters or ask your own question.