Should I be worried about my bottles exploding?

Alright, so this is my first batch where I came up with the recipe instead of using a recipe kit, and something seems to have gone wrong. Here are my brewing notes so you can see exactly what I did: 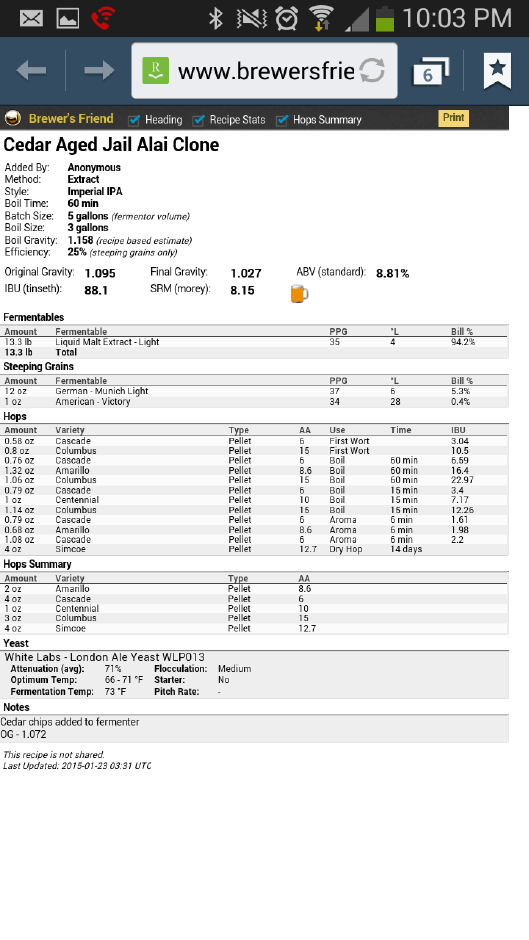 So, I brought 3 gallons of water up to a boil, then added all 13 pounds of malt extract, which actually almost filled up the 5 gallon kettle. After brewing, I added maybe 1 more gallon of water to the fermenter, then took a gravity reading. (It was a 6 gallon fermenter, but wasn't quite full and had a crap ton of sediment, so I'm guessing I had around 5 gallons) Here is where the first unexpected thing happened - my OG reading was 1.072, which seemed really low, especially since the calculator I used estimated 1.095.

I'm on a time crunch to have this ready for a homebrew beer fest on Feb 25, so I bottled it after 2 weeks in the fermentor. I assumed it would be done fermenting and did not even check to see if the airlock was still bubbling... Which obviously I would go back and change if I could. So we siphon as much beer as we can out of the fermentor, and end up with 3 gallons. Not exactly sure how, but there was so much sediment in the fermentor that it was hard to get clear beer out when we were near the bottom.

This is where I start to worry - we take a gravity reading and it is 1.040. Now I'm a little worried that there are still fermentable sugars in the beer, especially since I didn't check to see if it was still bubblin, and the calculator estimated FG at 1.027.

So here is my question - should I be worried about my bottles exploding? Also, can you think of any explanations for why my OG was so low? It doesn't make any sense to me. And on the FG... Is there any way that fermentation could be done with it being that high? Thanks for any clarification you can give.

can't quite read the picture, and opening it in a window and zooming in made it fuzzy. Your final FG of 1.040 is a legitimate starting gravity for some beer. Category 16 judged styles can start @ 1.044 and higher. Jai alai cedar aged IPA clone FG should be around here.

I could kind of make out our yeast, they expect 70% attenuation or so. this calculator has you at 43% attenuation, and 1.027 planned FG only put you @ 61% attenuation and 6% alcohol. Un-fermentables can't cover 20%. I don't think it's done.

#emergency surgery# - you'll have to release some co2 in a few days, recrimp the cap, and do it again until you hit a lower hydro reading. use one bottle as a sample to take a hydro reading to see how often you have to keep doing it.

i'm only one batch in myself. maybe someone else will have a better solution ... or i'm completely wrong and you're fine. but I think you're in trouble, open the brews away from friends.

It's great that you're excited about showing off your brew, but my one word answer is: WORRY.

What you have in the bottles today should be as sweet as a coke. It's either full of dead yeast, and might carbonate slowly over a year. And then explode. Or worse yet the yeast is alive and trying to carbonate and will explode soon. If it ever gets near that predicted FG, you've got trouble.

If you bring that to your friends at the brew fest, and you might lose some friends due to explosions, broken glass, beer soaked clothes, etc.

You've got 18 days left, and this beer probably will want to ferment for the whole time. I'd carefully open all the bottles, put them back into a fermenter and re-pitch. Purge the fermenter with CO2 if you can, and hope for the best. Maybe force carb at the last minute, or serve it cask style.

The beer did not finish fermenting during the first two weeks. This can happen if the yeast was not viable when pitched, or if it was stressed during fermentation. You almost certainly bottled the beer with unfermented malt sugars in it, in addition to the priming sugar that you added. There are two possible scenarios:

I think there's a good chance you've got some bottle bombs on your hands.

Depending on how sturdy your bottles are you probably won't need to worry about exploding bottles. I would, however, keep them in a contained container (ie plastic bin) just in case.

Since some funky things went on during this ambitious brew, I would also "rename" the beer. That way people don't compare it to something they might be familiar with. Letting some air escape from the bottles is a great idea - I have done that before with decent results. Just make sure there is a week or so of time after you release so they can condition some more.

You might consider "decanting" the beer if you find it has too much head when you pore them. When all is said an done, I'm sure the beer will taste fine. Just be proud of your first non-kit brew.

That sure is one hell of a recipe!

3
Is my Cider ready to bottle

4
Stuck or Slow Fermentation
5
What to do with a stuck fermentation after 2 days with my first beer kit?
3
Check if fermentation has occurred.
5
No Bubbles and No Foam after 3 Days
3
I moved a Kolsch to secondary after 4 days. Should I repitch yeast?
1
What causes fermentation to slow down under normal conditions?
3
cider with brett?
1
International flight kill my yeast?
3
Best size carboy for brewing beer?
2
Air lock sunken water level