I'm testing out a brand new 200L system and found a couple of potentially disastrous but potentially easy-to-fix issues:

1) While mashing the temperature indicated on the thermometer which sits near the bottom of the tun was fluctuating wildly between 60 and 70 degrees. It might go from 62 degrees to 70 degrees in a matter of seconds, then a few minutes later fall back down, even without any additional heat from the stove or from hot water additions. Other times when adding heat from the stove the temperature would remain in the low 60s. Obviously this is still in the desirable temperature range for mashing but means it's difficult to control the mash temperature for repeat recipes. There is a sight gauge with an inlet near the bottom and outlet at the top. The tun has no insulation, just a stove for heating/maintaining temperature.

Any ideas what could be going on? Some crazy convection current? At the moment I'm thinking my only option might be to get a jacket to insulate the tun once it's at the desired mash temperature. Anyone have any other suggestions? 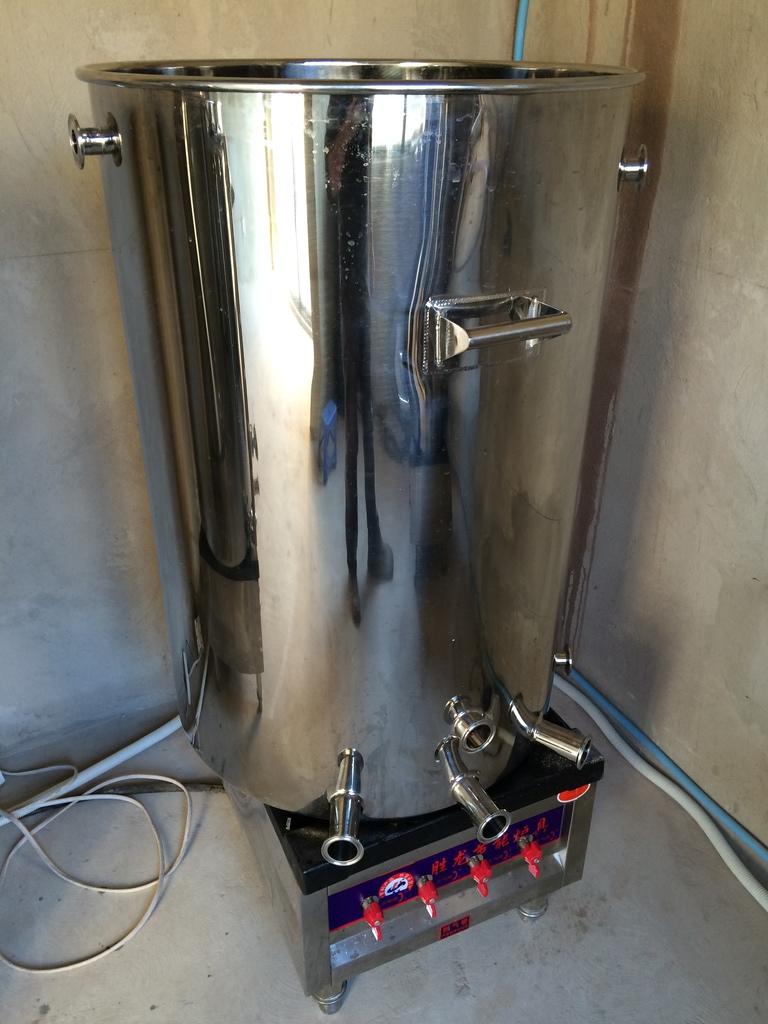 2) My boil kettle is the same size, also with a sight gauge and thermometer near the bottom, as well as an in-place immersion cooler fixed inside. I found that after the boil I cooled for an hour and saw the temperature drop to 20 degrees so began filling the fermenters. However by the time I was drawing the last 3rd of the batch the temperature reading was back up to 50 degrees! Sadly, I didn't realise until I'd already aerated the wort in the fermenter :smack:.

My best guess is that the hot wort rose to the top and sank down to the bottom as I was gradually drawing it off. With less wort in contact with the immersion chiller it wasn't cooled properly. Should I carry on chilling for another hour? Or maybe draw the wort off in batches while continuing to chill? Or plump for a plate chiller?

Not the answer you're looking for? Browse other questions tagged temperature temperature-control mashing cooling temperature-probe or ask your own question.

1
How worried should I be about a plastic-wrapped kettle that had to air chill for two days?
4
BrewJacket - How does this Work and How can I replicate it?
3
Where should I take the temperature while cooling wort?
3
How was beer brewed in ancient times without thermometers and electricity?
1
Is there a temperature my boil should not exceed?
1
Esoteric question about mashing/saccharification technique
2
Increasing mash temp by adding hot water rather than heating the mash?
6
How to compensate for fermentation heat?
2
Where should I take the temperature readings while mashing?
2
Measuring mash temperature