Is this wort infected? (*Picture) 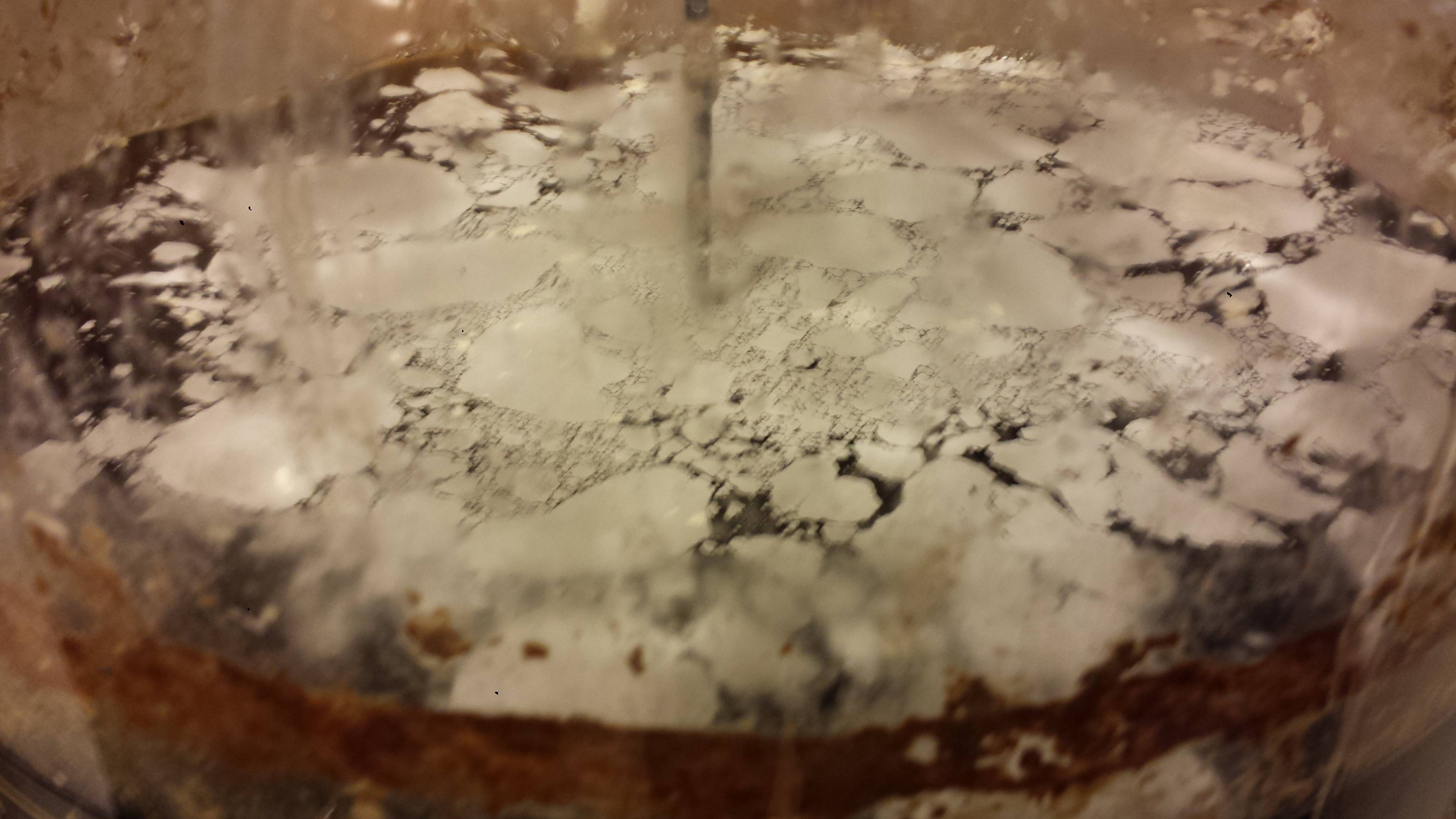 This is my 30th or so batch and I've never seen this before.

The best way I can describe it is that it looks like summer in the Arctic and pieces of ice are breaking off the ice caps.

Any idea as to what this is?

Yep, that's definitely an infection. It's likely that either the carboy had some unwanted critters lying in wait, or something got into the wort (e.g. fruit flies, missing the bung). Did you sanitize your carboy before pouring wort into it? Sometimes freak accidents do happen, but the temperature would have nothing to do with the possibility of an infection. That said, it can control the rate at which off flavors are produced and the infection spreads. The warmer it is, the quicker the flavors will generate.

Try sampling it. It won't hurt you. If it tastes alright, you have two options. One is to bottle/keg it and drink it quickly (the colder temperatures will help limit the spread), or if it's noticeably sour by now, let it sit for some time (i.e. months) and come back to it to see if the flavor morphs into something you like. If it tastes like garbage though, it probably won't get any better with time and you may want to consider moving on. Luckily bitters, while hoppy, aren't the hoppiest of styles out there, and it may become a pleasant accidental sour.

Not the answer you're looking for? Browse other questions tagged wort contamination or ask your own question.

4
How do I chill wort with this faucet?
17
Can Infected beer cause death or major illness?
3
Is my batch contaminated / infected?
1
How worried should I be about a plastic-wrapped kettle that had to air chill for two days?
1
Mead is infected/discolored
1
Wort Contamination?
2
Is my batch contaminated("infected")?
2
Does this look infected?
6
Is my beer infected? from an amateur. Posted a picture
6
Didn't reach expected FG. Should I postpone bottling? Also: It looks weird!