A message from our CEO about the future of Stack Overflow and Stack Exchange. Read now.

I'm washing the yeast from a brew I've just bottled and it's not settling quite how I am expecting with my limited (once before) experience.

This fermentation was with a fresh packet of dried Danstar Windsor yeast, so this is a first generation population and I was very careful with my sanitation.

I rinsed the fermenter trub with cool boiled water and poured it into a sanitised jar.

An hour later the obvious gunge had settled out so poured the milky yeast fluid off into another sanitised jar, discarding the last inch with the trub.

This morning I have a jar containing four distinct layers. From top to bottom...

The third, patchy looking layer is by far the most voluminous and, although it is yeasty in colour, it seems to be made more from two yeast tones, light and dark.

Instinct tells me (which could easily be incorrect!) that the lighter layers are good and the darker layer contains stuff I don't want.

If I include this layer in my yeast harvest I'll end up with a healthy harvest (about 400ml), however if I manage to separate it out I'll be left with very little.

Edit... a few hours have passed and it looks like the top light layer is settling through the darker layer and, perhaps, the light component is settling out of the darker band. Perhaps in a few more hours I'll be left with a very thick deposit of a dark substance on top of a thin light layer. Which is the good stuff? All of it?

Photo taken in the morning: 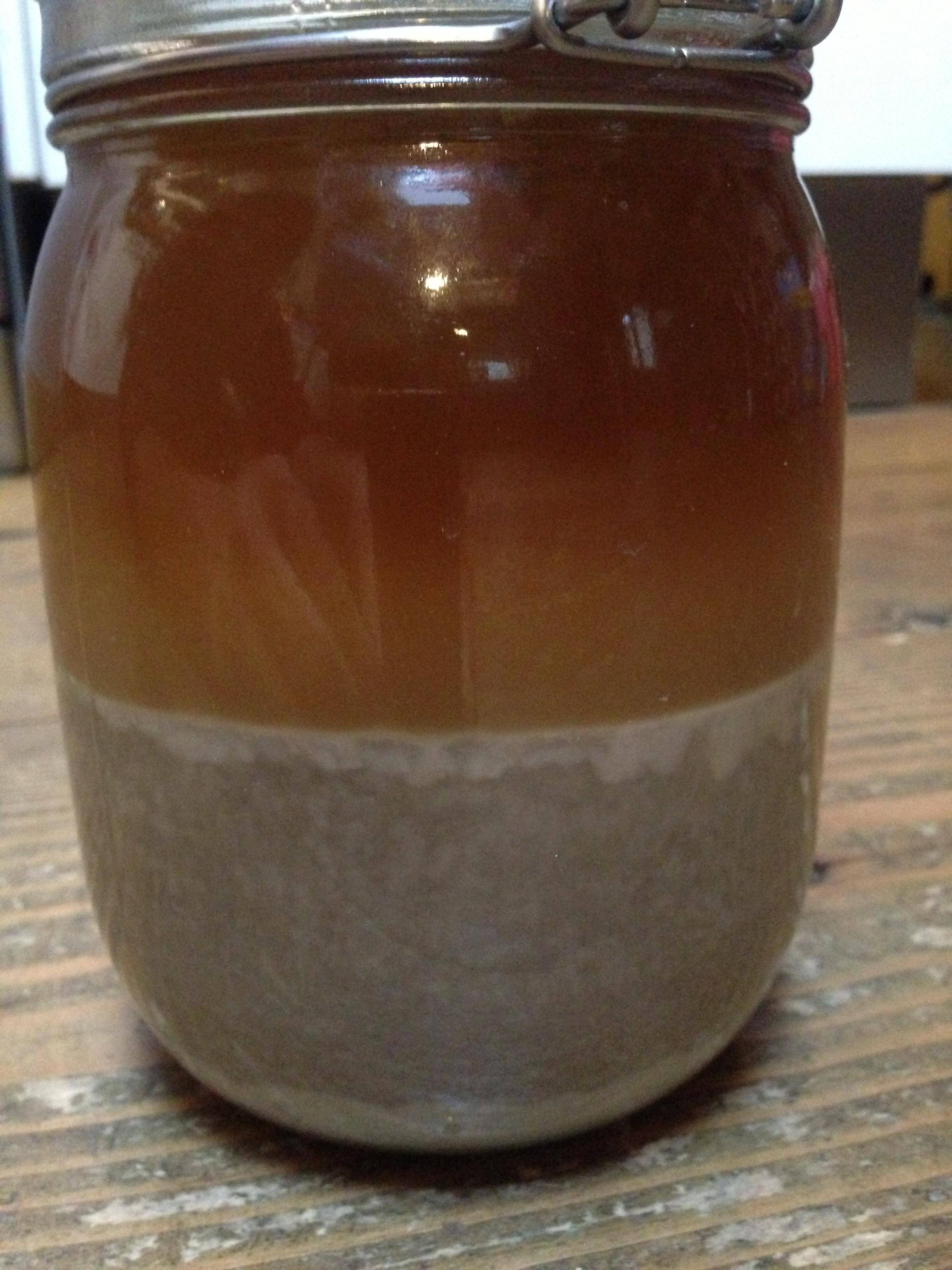 Your first and second layers are technically the same layer; the yeast simply not settled completely.

Your third layer is the bulk of the yeast. This is what you will use for your next brew. Just remove the first two layers with a slow and careful pour.

The fourth layer is mostly trub. While many brewers consider this 'bad', it actually helps preserve your yeast by providing it with minerals it would not otherwise have.

*in summary...*When you're ready to pitch the yeast, decant off the top two layers, pitch the third layer, and leave the forth.

There is no way of knowing how much yeast is in there without using a microscope. I wash yeast all the time. I also save back gyle for priming and it develops a thick trub layer (which obviously has no yeast in it, since it is just wort). I have had several yeast washes with multiple sediment layers, most likely from normal trub (hops, proteins, fats, husks, flour, et al). This is why letting it settle two or three times and racking off only the stuff in suspension helps to get more yeast/ less other trub.

Not the answer you're looking for? Browse other questions tagged yeast yeast-washing or ask your own question.

5
Wyeast 1187 Ringwood Failure
3
Commercial brewery house yeast
3
Honey/Ginger Brew With Champagne Yeast
2
Top Cropping Cell Counts
9
Harvested Yeast - What are these layers and do I have too much?
1
Bad (dead) yeast? What now?
0
Preparing yeast for secondary fermentation
3
Yeast not settling or contamination?
2
How would I estimate yeast concentration of washed yeast for Mr Malty's calculator?
1
Pressurized Ferment Yeast Harvest — what are these layers?