I brewed a sweet mead on February 24th, 2013, racked it to secondary on April 4th, 2013, and was getting ready to bottle it now (end of July). I had been out of town for a few weeks and when I came back the top of the brew looked like this: 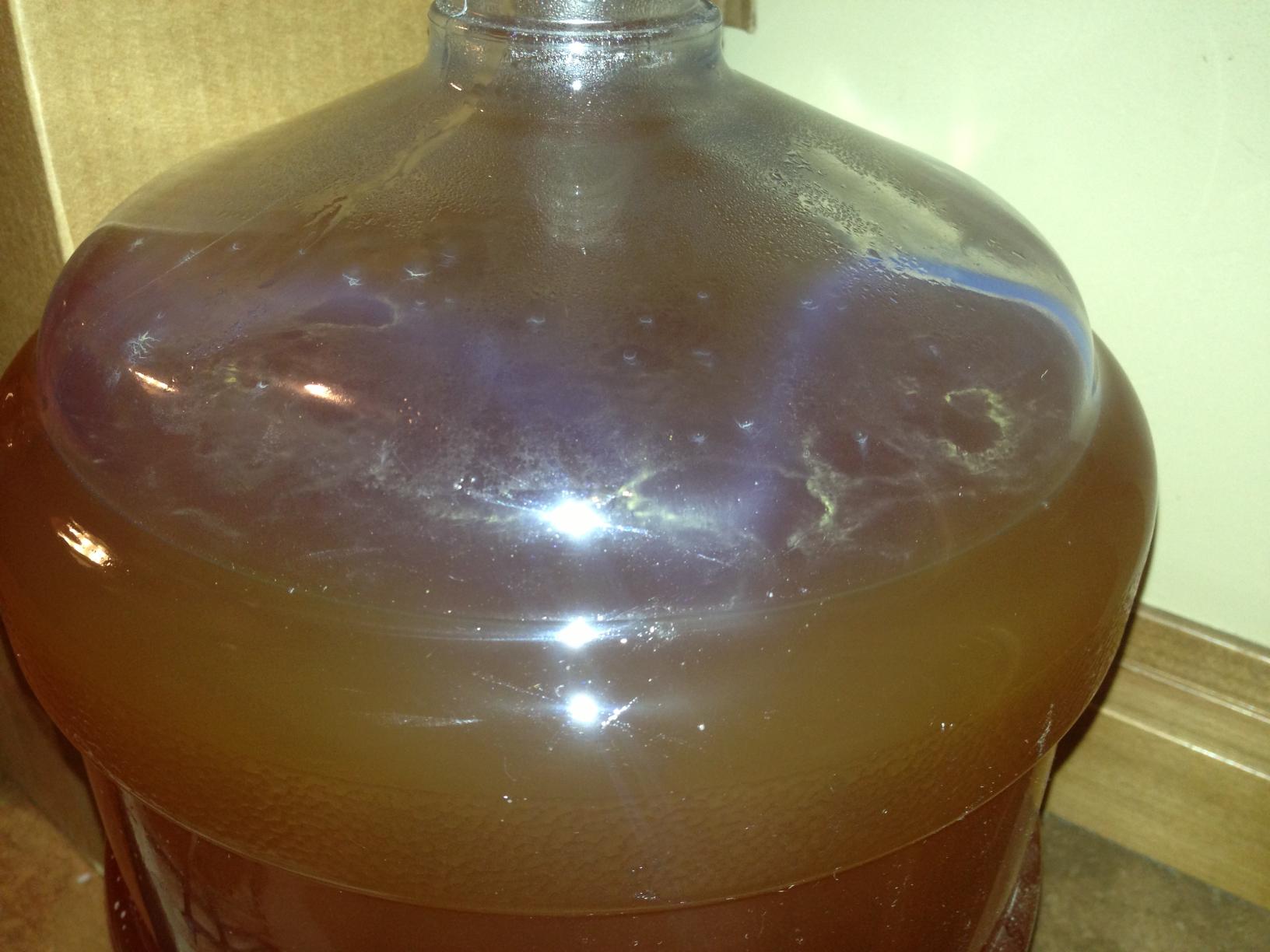 Is that likely to be contamination, or just something normal for a mead? It smells like mead, and a quick taste doesn't alert me to anything odd... but it certainly didn't have that swirling during most of the secondary process.

I can't answer for certain since I can't test and sample it, but I can tell you of my own experiences with mead going off:

I've had mead go off that looked fine, smelled only a little bit odd, and was so awful tasting that a couple of drops on the tip of the tongue triggered an involuntary gag reflex.

My girlfriend once had mead that went off and there were little black patches that formed on the surface with long thin tendrils drifting below. Probably some kind of interesting fungus, but we still dumped it (and no, even though it didn't smell off, we still did not taste it).

I've seen films form on the surface, usually earlier in the fermentation stage, and in my experiences they usually fade (maybe the stuff they're made of settles to the bottom over time). Mind you, I don't rack to secondary (I usually just bottle after a few weeks in the primary), so I've never had conditions quite like yours. I'm really not sure what caused this film so late in the process.

If it tastes and smells OK, it's probably safe.

9
Possibly infected mead: is it worth keeping?
17
Can Infected beer cause death or major illness?
3
Is my batch contaminated / infected?
4
Is this wort infected? (*Picture)
2
Is my batch contaminated("infected")?
1
How long can mead store when not temperature controlled?
1
Floating fibres in Bochet mead
5
Did my mead stall? What can I do?
1
How can I make maple bacon mead?
2
Contaminated batch - what went wrong?