My ferment has small black specs in it, is this an infection?

This seems to be very similar to this question about hop seeds but I have not used fresh hops, I used pellet centennial hops purchased vacuum packed and frozen from homebrew shop.

Image from top of carboy looking down into it, you can see the specs in the bottom right. The glass is foggy from water vapor on the inside, this was the best picture I could get. 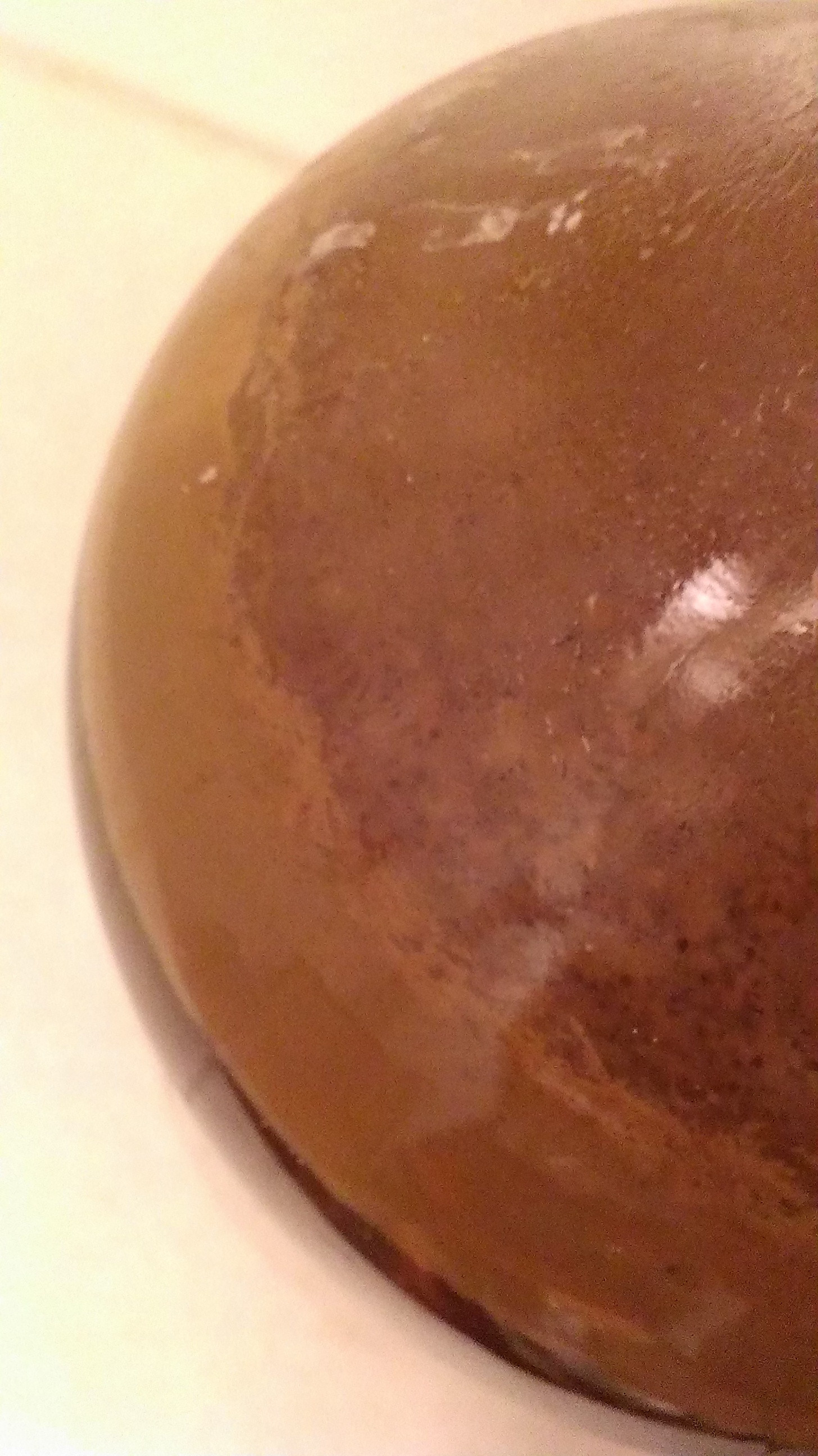 I did a poor job of filtering out the hops, long story, they were not well filtered out. First time mistakes.

Is it possible I am just seeing remnants of these hops?

I think that's entirely possible. At any rate, I wouldn't worry about it. I see nothing abnormal, and there's nothing you could do about it now anyway.

For one I've never filtered out my hops so I wouldn't say its a mistake, just a different way of doing it. You are most likely seeing hop flecks or bits of protein floating to the surface, nothing to worry about. RDWHAHB

Hehe Scott, yeah, I guess the addition of a bit of lactobacillus (tangy/sour) is a negative flavor most of the time, but very drinkable. I think what you are describing is a bit more destructive :)

Not the answer you're looking for? Browse other questions tagged hops contamination primary-fermentation or ask your own question.

8
Cherry vinegar (was supposed to be mead)
12
Does PH affect hop bitterness?
5
White Stuff -- is it bad?
1
Mead is infected/discolored
1
Do hops reduce the carbonation in beer
1
First Home Brew - Double IPA - Boil Question
0
Beer aroma during fermentation
6
What if I accidentally boiled for 90 minutes?
4
Is this pediococcus contamination('infection')?
2
Contaminated batch - what went wrong?